Cryptocurrencies will come to a bad end ―Warren Buffett 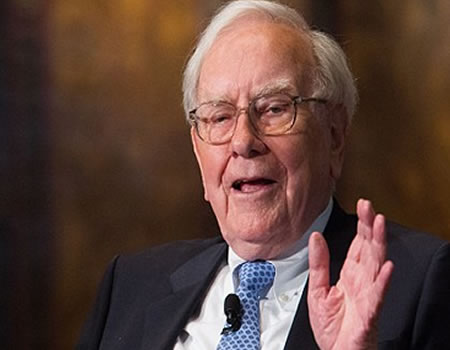 “In terms of cryptocurrencies, generally, I can say with almost certainty that they will come to a bad ending,” the chairman and CEO of Berkshire Hathaway said.

“When it happens or how or anything else, I don’t know,” he added in an interview on CNBC’s “Squawk Box” from Omaha, Nebraska. “If I could buy a five-year put on every one of the cryptocurrencies, I’d be glad to do it but I would never short a dime’s worth.”

Buffett said he would not take a short position on bitcoin futures.

“We don’t own any, we’re not short any, we’ll never have a position in them,” he said.

“I get into enough trouble with things I think I know something about,” he added. “Why in the world should I take a long or short position in something I don’t know anything about.”

Exchange operators such as CME Group and Cboe Global Markets have opened their platforms to allow bitcoin futures trading.

The price of bitcoin declined 3.69 percent to $13,907 Wednesday, according to data from industry website CoinDesk. The digital currency is up more than 1,500 percent in the past 12 months.