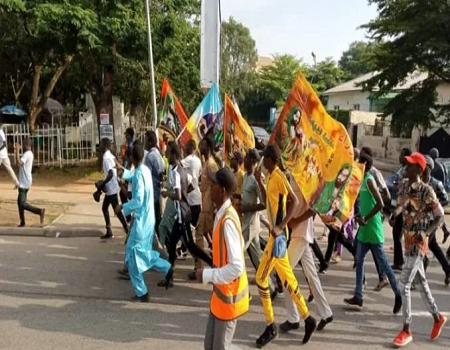 A communal brewing between the youth and the traditional ruler of the ancient town of Ilara- mokin in Ifedore Local Government Area of Ondo State, Oba Aderemi Adefehinti, over the celebration of a traditional Orikadun festival in the town.

The monarch has instructed his chiefs to prepare for the celebration while the youth of the town have been threatening not to allow the festival to take place.

The state government through the Local government and chieftaincy Affair ministry has, however, ordered that the ceremony be suspended forthwith to forestall crisis in the town

In a letter signed by the Chairman of the Ifedore council, Mr Alex Oladimeji directed that the festival should behold following the security reports which did not favour the holding of the ceremony in the town.

ALSO READ: Ondo town gets medical benefits, others from foundation(O

Sources in community said that the monarch has instructed his chiefs that the festival would hold as scheduled despite the letter and directives from the local council chairman.

It was gathered that the chiefs had unanimously decided to abstain from the festival in order to adhere to the government directives following the confrontation between the traditional ruler and some indigene of the community two weeks ago.

Youths who chased out the traditional ruler out of the palace have also vowed to disrupt the ceremony if held in the community against government directives.

Contacted, the state police image maker Femi Joseph said that the presence of security agencies in the town was to maintains peace ahead of a cultural event in the town

Joseph said that the event of the last two week was still fresh and to forestall a reoccurrence the security operatives moved into the town.

” it’s nothing unusual. We are there to ensure that peace reigns in that community.

We have fulfilled our electoral promises ― Mimiko