CP warns intending criminals to relocate from Abuja or get caught 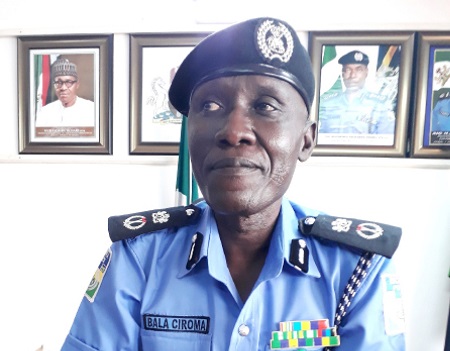 The Commissioner of Police of the Federal Capital Territory, FCT, Command, Abuja, CP Bala Ciroma on Thursday, counseled all persons nursing the thought of perpetrating any criminal act in the Command to either beat a retreat and repent for good or be prepared to be dealt with in accordance with the appropriate sections of the law when arrested

CP Ciroma stated this in Abuja while parading 47 suspects nabbed for alleged various criminal activities within the Capital Territory, ranging from armed robberies, rape, kidnapping, one chance to cultism.

According to him, “it is pertinent to state that the Command has drawn a comprehensive plan to include key community stakeholders that will collaborate with it to nip crime in the bud.

“While reassuring members of the public of our unflinching commitment to ensuring the safety of lives and property in the FCT, I want to emphasize that the Command will continue to review its policing strategy to meet up with the yearnings and aspirations of FCT residents.

The Police Chief appreciated all stakeholders who have been supporting the Command in its on-going crime fighting drive which he said had continued to yield positive results.

According to him, some of the exhibits recovered from the suspects included: Nine firearms, 123 ammunitions, 10 cutlasses, 14 mobile phones, one Jeep Lexus Car, bags of weeds suspended to be Indian hemp, Keke NAPEP, Television sets, amongst others.

He said that the suspects who are currently undergoing intensive interrogations would be arraigned before the Court shortly.

FCT gets new commissioner of police