COVID-19: We are dying, give us palliatives, Ekiti pensioners beg govts 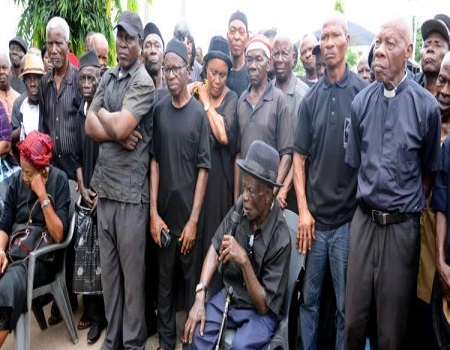 The Nigeria Union of Pensioners(NUP), Ekiti State chapter has appealed to the state and the federal governments to consider its members in the various palliative gestures embarked upon to cushion the effect of the lockdown declared to check the spread of the COVID-19 pandemic.

In a statement signed by the chairman of the union Mr Ayo Kumapayi and the secretary Azeez Agbaje in Ado-Ekiti on Thursday, the union explained that the request for palliative became necessary following the extension of the lockdown by two weeks by the state governor, Dr Kayode Fayemi.

According to the union, the lockdown has subjected many pensioners to hunger and untold hardship thus resulting in health complications and,” even death of some of us.”

“While we commend our government for their efforts to cushion the effects of this pandemic on the vulnerable citizens, it is important to call their attention to the plight of our members.

“We have recorded several deaths of our members since this lockdown began, most of them, especially from seventy years above, is now in critical condition due to hunger.

“The lockdown is double jeopardy on our members because some of them were still being owed pension by the government while their children who were supposed to provide for their food are also trapped in the locked down.

“In addition, many Samaritans have also deserted our members based on the directives of government on the need for people to avoid contact with the aged for now.

“It is very important that our government reach out to our members through the route used for the payment of their pension and allowances  or pass through the  union so as to save them from untimely death.”

The senior citizens advised the federal government to include pensioners in the Conditional Cash Transfer ( CCT) scheme considering their age and health status.

“The cash transfer scheme of the Federal government ought to have captured pensioners as they are among the venerable persons in the society based on their age and health. We are begging our government, corporate bodies and individuals to save our souls and reach out to our members,” the statement read.

Vehicles impounded in Lagos will only be released after lockdown, says LASTMA