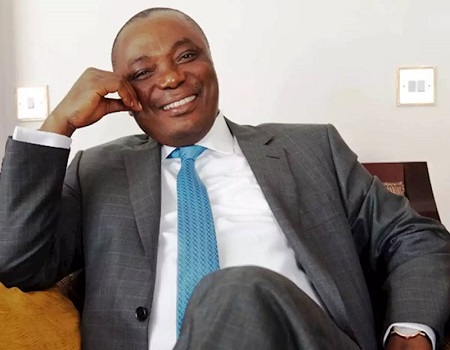 The Federal High Court in Abuja on Monday set aside its earlier order of forfeiture of 11 houses and 22 bank accounts linked to Delta-North Senator, Peter Nwaoboshi.

Justice Taiwo Taiwo, sitting as a vacation judge, vacated the interim forfeiture order made on July 2, 2019, while delivering judgment on the application filed by Nwaoboshi challenging the order of the court granted to Special Presidential Investigative Panel on Recovery of public property(SPIP).

The judge said that the court found that the SPIP lacked the power to institute an action against Senator Nwaoboshi as its establishment statute had limited its powers to the investigation.

Justice Taiwo, who said that Sen. Nwaoboshi instant case was in line with the decision of Court of Appeal on Tumsah’s case, added that there was nothing before the court to show that SPIP had issued a prior notice to the applicant before it approached the court for the order made on July 2.

“There was also no pending trial against the applicant (Sen. Nwaoboshi ) where a prima facie case was made to warrant the forfeiture order”, adding that seizure of property by law enforcement agency must be done in a manner that would not negate the principles of fair hearing.

He said that the fact that SPIP had brought the application in the name of the Attorney General of the federation (AGF) does not derogate the fact that “due process was not followed”.

The Special Presidential Investigation Panel for recovery of a public property can not rely on the provisions of the Economic and Financial Crimes Commission (EFCC), to seek forfeiture of the applicant’s property”, the judge added.

He said that in the light of the findings, he will not make a further order than to set aside the court earlier order made on July 2.

The judge had issued the order of July 2 following an ex parte application by the Special Presidential Investigative Panel for the Recovery of Public property, that was argued by the panel’s lawyer, Celsus Ukpong, who described the assets as suspicious or suspected to be far beyond the legitimate income of Nwaoboshi.

The bank accounts allegedly linked to Nwaoboshi are domicile in the Zenith Bank, Access Bank, United Bank of Africa and Sterling Bank.

Although Ukpong had applied for interim forfeiture of 14 landed assets, the judge only granted the request in respect of 11, as he exempted three of them that were without addresses from the order.