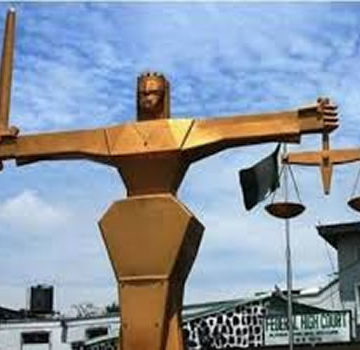 Ariyibi who was charged with dangerous driving was ordered to be remanded in prison custody.

Ariyibi was brought before the Chief Magistrate Court-II sitting at the GRA, Old Benin/ Iyere Road,  Owo, on a two-count charge of driving a truck with Registration No: AAA674XC  recklessly that caused the death of Pastor Adebayo Oluwasina aged 60 and Ajenifuja Sunday 56years.

The two head teachers of  Local Authority Primary school, Igbatoro /Familugba in Akure North local government area of Ondo state, were on Tuesday crushed to death on their way to school by Ariyibi who lost control of his vehicle.

The two head teachers, Pastor Oluwajuwon Adebayo and his Assistant, Pastor Sunday Ajenifuja, who are the only teachers in their school, met their untimely death in the early hours of Tuesday.

The Police Prosecutor, Sergeant Edu Owolabi told the court that the offence was contrary and punishable under Section 18 of Road Traffic Laws Cap 136 Volume III Laws of Ondo State of Nigeria, 2006.

The Presiding Magistrate, Mr Sunday Adedapo who turned down the bail pleadings of the defence ordered the accused to be remanded in prison.

He, however, adjourned the case and the ruling on the bail application to 8th February 2018.