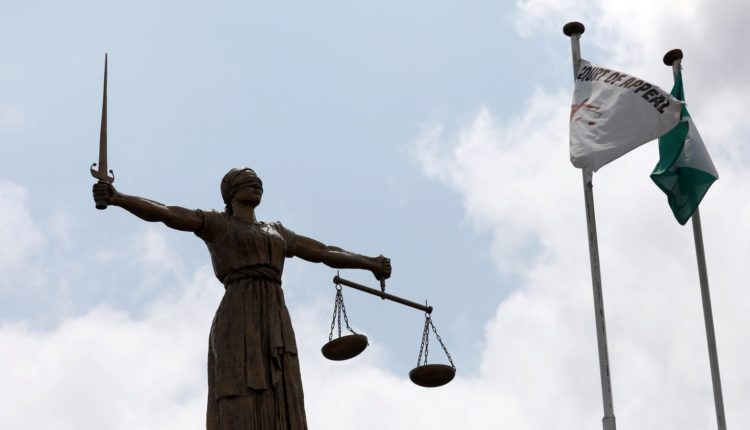 An Aba-based legal practitioner and Counsel to UAC Nigeria Plc, Chief Tolani  Musa has lauded the judgement of the Cross River State High Court sitting in Calabar in Suit No.HC /229/2019.

In the suit, the plaintiff/claimant urged the court to declare that matters involving taxation of incomes, profits and Value Added Taxes are matters under the Exclusive Legislative List in Part 1 of the Second Schedule to the Constitution of Nigeria, 2004 and beyond the power of the Government of Cross River State to make such laws.

Musa who spoke in Aba when his reaction was sought to the said judgement delivered on the suit  by Hon Justice Elias Abua  on 26th November, 2021 said that he was overwhelmed by the court verdict, describing it as “well resounded and researched”.

Chief Musa had filed for the Plaintiff/Claimant by way of Originating Summons on 16th February 2010 at the Federal High Court sitting in Calabar said the matter was later transferred to the state high court upon the application of the first to third (1-3 ) Defendants.

Plaintiff also urged the Court to make four Orders, including that the Cross River State Tourism Development Levy Law No 20 of 2007 and Amendment Law No 5, 2008 as enacted by the House of Assembly, imposing obligations of levying, taxing and collecting of the said levies and taxes on the Plaintiff, amounts to double taxation and therefore prejudicial to the rights and interests of the Plaintiff and it’s teeming consumers in the state.

An order compelling the 1st, 2nd and 3rd defendants to refund the sum of N1,600,000.00 paid to it by the plaintiff in protest to forestall distrainment of the plaintiff’s chattels and the closure of its premises within the state for its failure within the time stipulated to comply with the aforesaid law of Cross River State.

An order of perpetual injunction restraining the 1st and 2nd Defendants by themselves, agents, officers, servants and privies from harassing, intimidating the plaintiff and its staffers in its restaurants and or distraining, sealing and closing down its operations anywhere within Calabar or by any means coercing the plaintiff to commence the collection and remittance of the said Tourism Development Levy from its customers anywhere within the state including order Costs of this Action.

The court in its judgment ordered that Section 2 of the Cross River State Tourism Development Levy ( Amendment ) Law No 5 of 2008 is null, void and set it aside as it purports to usurp the powers conferred upon the National Assembly under section 4 (1), (2), (3), (4), by both the Exclusive and Concurrent Legislative Lists Part 1and 2 of the Second Schedule to the 1999 Constitution ( as amended).

The court also set aside  Sections 2 and 4 (1) of the state Tourism Development Levy Law (amended ) and made  order for the 1st to 3rd defendants to refund the sum of N1, 600,000.00 which the Plaintiff/Claimant paid in protest to forestall distrainment of its goods and chattels and closure of its premises anywhere in the state.

The court granted the perpetual injunction canvassed by the Plaintiff against the 1-3 defendants, their agents, officers, servants or privies from harassing and intimidating the Plaintiff/Claimant or its officers, servants in its restaurant or trespassing upon its properties and premises including closing down its operations in the state.

The court, however, freed the 4th and 5th Defendants of any liability in the action.

Interesting Facts About Ayra Starr and Her Top-charting Songs