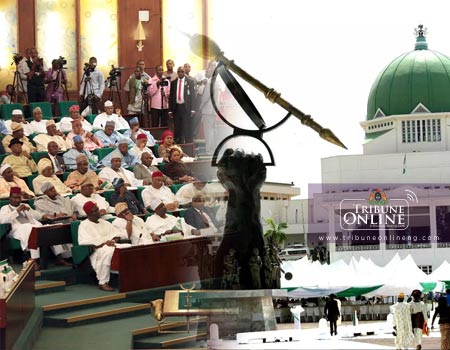 A political scientist, Dr Gbade Ojo has remarked that the National Assembly might be creating more problems for the nation with the ongoing constitutional amendment, describing the exercise as putting the cart before the horse.

Ojo who rendered this view while interacting with Tribune Online, argued that the ongoing review should have been preceded with the lawmakers convening an open forum where constituents, informed experts and other stakeholders identify the key issues in the constitution that should be addressed.

Speaking on the need for devolution of powers, he noted that the reassigning of responsibilities from exclusive to concurrent or residual list should be backed by a review of the revenue allocation formula.

He decried that the federal system being operated in the country was over-centralised, asking that primary education, harnessing solid minerals be the exclusive preserve of state governments.

This is as he said that scrapping the State Independent Electoral Commission and tasking federal government with the duty of conducting local government election would further centralised the nation’s system.

“So, devolution of powers is ideal, but we should tell our parliamentarians that you must not devolve power without devolving finances.”

Speaking on local government autonomy, Ojo expressed fears that the third tier of government would still be unable to fulfil its duties such as payment of teachers’ salaries and pensions, infrastructure, refuse collection, running of clinics, despite autonomy.

According to Ojo, abrogation of Joint Account Allocation Committee (JAAC) was not solution to the functionality of local government but that statutory allocation to states and local government.

“When local governments become absolutely autonomous and more so, they cannot generate enough Internally Generated Revenue, the system will collapse within six months. Cancellation of JAAC is not the solution but adjustment to statutory allocation.”

“We have a lot of problems confronting the local government system that should interest the National Assembly than rushing and giving half-hearted solutions. They should not create more problems than they are trying to solve.”

Wike boasts he has enough evidence on Amaechi`s corrupt practices