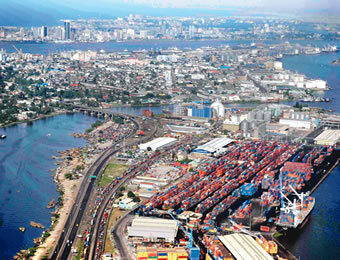 In a press statement signed by the Deputy Secretary General of MWUN, Edwin Sambo on Wednesday, he said the union was deeply concerned and disturbed by truck drivers’ blockage of the roads in their quest to deliver empty containers at the APM terminal.

According to him, economic and social activities have been negatively affected by the traffic lock jam that has made access to the nation’s premier ports a nightmare.

“We are deeply concerned a seriously disturbed by the blockage of the Apapa Port access road with empty containers in their quest for delivery at your terminal. The situation renders movement inside and outside the ports impassable with traffic always at standstill.

“Economic and social activities within the area is also negatively affected with business at its lowest ebb. Security of lives a properties in and around the environment have deteriorated so much so that rape and brigandage have been order of the day.”

MWUN however told the terminal operators to clear the traffic congestion before the end of its ultimatum or risk severe action from the union.

“The traffic has worsened and compounded the already existing Apapa gridlock which the Lagos tate and federal agencies are still battling to contain. The blockage also impede the Federal government Executive Order of doing business with ease at the seaports.

“Consequently, your management is hereby giving a 14 day notice of ultimatum from the date of this letter to put all necessary arrangements in motion to ensure that the blockage caused by the empty containers are totally cleared at the end of this notice for business and other ports activities to resume at the port.

“Please be informed that we shall not be held liable for whatever action we might deem fit in the advent of your refusal to get off the roads your empty containers,” the seaport workers added.

When contacted on APM Terminals position on the 14 days ultimatum issued by the seaport workers, the Communication Manager, APM Terminal, Austin Fischer explained that, “We are not security agents or traffic manager, what do we do? Are we supposed to control the traffic?

“Even if they give us 14 days ultimatum, except we bring out all our staff to control traffic because there is nothing we can do about it.

“If 14 day finish, they will go on strike? That means we will also go on strike because we are also maritime workers. They should call a round table on how we can solve the problems because it affects us also. The government should bring proper traffic management.”

Devolution of powers key to any meaningful development in Nigeria, Yoruba leaders