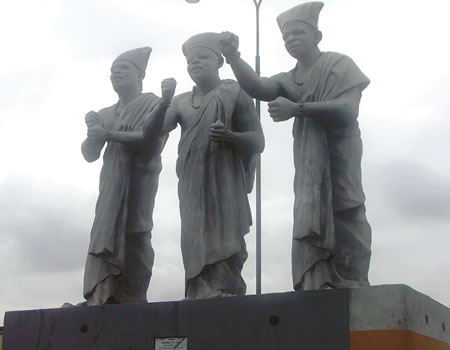 THE family of Mutairu Ogundare and entire members of the three Community Development Associations (CDAs) in Shangisha and Magodo areas of Lagos State have appealed to Governor Akinwunmi Ambode to halt the planned installation by this Friday, April 28, 2017 of one Jamiu Lawal as the traditional ruler of Shangisha pending an appeal at the Court of Appeal Lagos division on the matter.

The affected people made the appeal in a petition written to Governor Ambode by their counsel, Barrister Adedeji Adekoya, which was dated 25th April 2017, copy of which was made available to our correspondent.

The petitioners said the appeal to stop the planned installation became imperative as some aggrieved persons might disrupt the event and cause unprecedented riot and commotion.

They claimed that they were shocked to learn that the proposed installation will hold this Friday, April 28, 2017 without the knowledge of members of the communities constituting both Magodo and Shangisha, accusing officials of the Lagos State Chieftaincy Affairs of conniving with Jamiu Lawal in undermining justice by refusing to await the determination of the appeal before installing anyone as the monarch of Shangisha.

According to them, Jamiu Lawal is neither a resident and does not own a house or a business concern in the entire area, adding that the Osoro family which he claimed to belong does not emanate from the area also.

They asserted that the installation would amount to an imposition of a stranger on the entire communities, describing such act as an aberration and despicable to the Yoruba tradition.

They, therefore, urged Governor Ambode to use his good offices to stop the planned installation pending the outcome of the Court of Appeal ruling, describing the planned exercise as unwarranted and secretive.