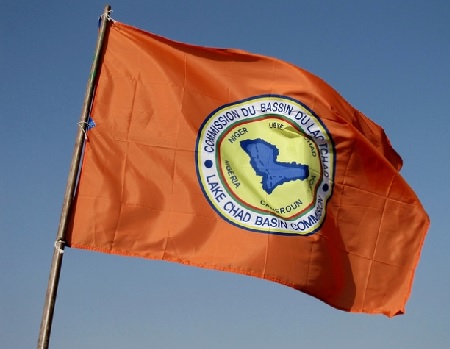 The Lake Chad Basin Commission says it has empowered 860 persons with goats and small scale drip irrigation facilities in Kano, Jigawa, Yobe and Bauchi States under its 2019 Intervention Projects.

The commission, a transnational organisation, has its secretariat in Njamena, Niger Republic.

Its National Coordinator, Land and Resource Management, Dr Ismaila Abdullahi, disclosed this in Hadejia Jigawa, on Monday at the launch of Small Scale Drip Irrigation and Goat Rearing Projects.

According to him, 215 persons have been selected for the projects, from each of the benefiting states.

He said 75 of the beneficiaries would receive drip irrigation facilities, while 140 women would get goats to breed.

Abdulahi said each of those receiving goats would get two she-goats and a he-goat, while each beneficiary of irrigation facilities would receive pipes.

Other beneficiaries, he said, would receive fertiliser, herbicides, tomato seeds, water pumping generators and one-third of a hectare of land to develop.

The national co-coordinator said the essence of the programme was to empower the people to become self-reliant.

Abdullahi said two solar-powered boreholes were drilled to tackle the shortage of water in Garin Mallam Sadi and Fadifara in Birniwa and Babura Local Government Areas, through the intervention.

ALSO READ: How I left Bayelsa for oil bunkering in Lagos — Suspect

He recalled that the commission, had in 2017, constructed four fish ponds and stocked them with 5,000 fingerlings in Baturiya, Hadin, Garun Gudanya and Yakasawa areas.

Responding, the Chairman, Hadejia Local Government Area, Alhaji Abdullahi Mohammed, commended the commission for the intervention and promised to support its activities at all times.

He called on the beneficiaries to use the facilities effectively to improve their living conditions.

Alhaji Baffa Magaji, on behalf of the beneficiaries, promised to use the facilities judiciously and appealed to the commission to increase the number of beneficiaries.

The commission was established in 1964 with the mandate to regulate the use of water in the basin, preserve its ecosystem and promote peace, security, regional integration and development in member countries.