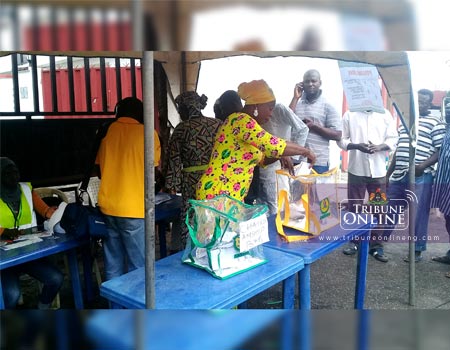 THE importance of youths to democratic advancement cannot be overemphasised. Their participation in ensuring transparent governance is an obligation. In this vein, election, the fulcrum of democracy, has to be taken seriously by the authorities and the citizens who are always at the receiving end of consequences of political choices. Close observation and monitoring of elections, especially in Africa, has become a phenomenon and evolved significantly in the first years of the 21st century.

Observation of elections by the citizens has become one of the global yardsticks for assessing credibility and transparency of an election, highlighting specific recommendations for improvement and garnering the support of the international community for genuine democratic elections. Also, election observation promotes public confidence in the democratic process.

One of the techniques devised to deepen democratic process through close monitoring of elections is the Parallel Vote Tabulation (PVT) methodology which made its name in the Philippines when the National Citizens’ Movement for Free Elections (NAMFREL) exposed the issues involved in the 1986 presidential election in that country.

While the PVT methodology, which uses statistics and information and communication technology to calculate elections result using trained accredited observers may not be a popular concept in Nigeria, but it has proven to be a dependable means of verifying election results over the years.

Citizen observation ended the 27 years reign of former Zambian president, Kenneth Kaunda, when a group of citizen observers known as Z-vote revealed how Kaunda had lost the 1991 election and the electoral commission announced him as the winner. The accurate figures obtained via observers’ analysis left Kaunda with no choice but to step down.

Nigerian citizens should know that political apathy like the one experienced during the last local government election in Lagos State will do more harm than good to governance as participation will strengthen electoral commissions in discharging their duties well.

In view of foregoing, a civic hub dedicated to the promotion of democracy, accountability and citizens’ participation, Youth Initiative for Advocacy, Growth and Advancement (YIAGA) recently deployed 75 observers to rotationally observe at least 225 wards out of the 326 centres in Anambra State in the ongoing Continuous Voter Registration exercise. This was to observe and report to the Independent National Electoral Commission (INEC), the entire registration process ranging from the opening of the centres and to registration of prospective voters.

Citizen observation could also cover certain areas like the functionality of the new Direct Data Capturing machine and the time it takes to register as this will help INEC in sorting out related issues in time for the coming elections.

It is also imperative to observe, record and report issues relating to registration of underage voters or double registration or any critical incident which can undermine the electoral process. Issuance of temporary and permanent voter cards is also part and parcel of Continuous Voters Registration process, so accredited citizens can track to see the rate of the issuance and collection of both cards.

Interim report on the process based on reports from its observers should be shared with the public, INEC, political parties, civic society organisations and other stakeholders. With this kind of observation, it is expected that the electoral commission and other authorities involved can easily handle issues to ensure free, fair and transparent elections.

In the longer term, citizen election observation helps to ensure electoral integrity and strengthens civil society’s capacity to promote citizen participation, engage in policy advocacy and foster governmental accountability within and beyond the election cycle.

Isah is the media officer of Youth Initiative for Advocacy, Growth and Advancement (YIAGA).