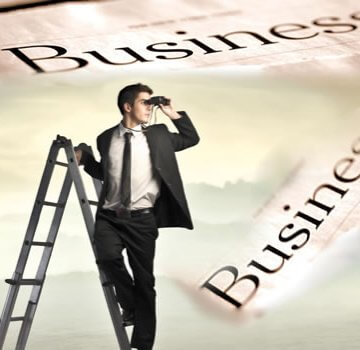 The latest report on Africa-China economic pertnership by McKinsey & Company, a global management firm, found that there were more than 10,000 Chinese firms operating in Africa.

This was found out following a study conducted across eight countries that, together, make up about two-thirds of Sub-Saharan Africa’s GDP.

According to the report, 90 per cent of the firms were private, operating in different sectors, while one-third of the companies were manufacturing.

The study also found that another quarter of the firms was services and a fifth in trade and in construction and real estate.

It further showed that Chinese firms already handled 12 per cent of Africa’s industrial production valued at 500 billion a year in total.

“These firms are bringing capital investment, management know-how and entrepreneurial energy to the continent, and in so doing, are helping to accelerate the progress of Africa’s economies.”

The survey also found that Chinese firms had dominated 50 per cent of Africa’s international engineering, procurement and construction market.

According to the report, nearly a quarter of the 1000 firms surveyed said they covered their initial investment within a year or less.

One-third of the firms recorded profit margins of more than 20 per cent while 74 per cent said they were optimistic about their future in Africa.

The report showed that China-Africa relationship had improved with trade growing at 20 per cent per annum and an annual FDI growth rate of 40 per cent.

“China’s financial flow to Africa is 15 per cent larger than official figures suggest when nontraditional flows are included.”

Out of the 1000 firms surveyed, 89 per cent of the employees were local.

The research suggested that Chinese firms employ several million Africans with nearly two-thirds of the firms providing skills training to their workers.

Other benefits outlined were transfer of knowledge and new technology and financing and infrastructure development.

It further showed that improvement was needed in the areas of moving more locals to managerial positions local sourcing.

“By value, only 47 per cent of Chinese firms’ sourcing was from local African firms, which is  lost opportunity for these firms to benefit from Chinese investment.

“Too few locals are in managerial positions—only 44 per cent today.”

Kartik Jayaram, a senior partner and co-author of the report said that Chinese engagement with Africa was “set to accelerate”.

“Additional industries could be in play for Chinese investment, including technology, housing, agriculture, financial services and transport and logistics.

Jayaram said the report had identified 10 recommendations for Chinese and African governments and the private sector to maximise their economic partnerships.

“To highlight two key ones—African governments should have a China strategy and the Chinese government should open financing and provide guidance to Chinese firms.

He added that providing guidance on responsible business practices to Chinese private sector firms in Africa would accelerate sustainable investment.