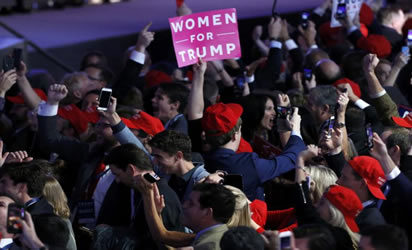 Maybe some Americans were serious when they threatened they would move to Canada if Republican presidential candidate became successful in his often polarizing campaign for the White House.

Some users in the United States, Canada and Asia saw an internal serve error message when trying to access the www.cic.gc.ca/ website.

Officials for the ministry could not immediately be reached for comment, but the website’s problems were noted by many on Twitter.

After some Americans, often jokingly, said would move to Canada if Trump was elected, the idea has been taken up by some Canadian communities. In February, the island of Cape Breton on Canada’s Atlantic coast marketed itself as a tranquil refuge for Americans seeking to escape should Trump capture the White House.