Butter may not be bad for your heart 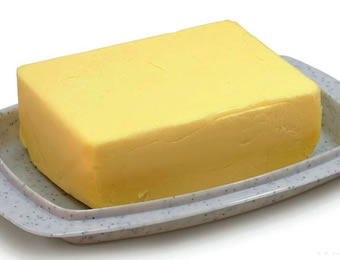 “Overall, our results suggest that butter should neither be demonized nor considered ‘back’ as a route to good health,” study co-author Dr. Dariush Mozaffarian, dean of the Friedman School of Nutrition Science and Policy at Tufts University in Massachusetts, said in a statement. The findings “do not support a need for major emphasis in dietary guidelines on either increasing or decreasing butter consumption,” the researchers wrote in their study.

Butter is relatively high in saturated fat, which is generally considered a “bad” fat. But, increasingly, researchers are looking at the overall effects of eating certain foods, rather than focusing on specific nutrients by themselves, the researchers said. That’s because the combination of nutrients in a food, like butter, may have a different effect on people’s health than any single nutrient alone.

In the new study, the researchers analyzed information from nine earlier studies that together included more than 636,000 people in 15 countries who were followed for 10 to 23 years, on average. During that time, 28,271 people died; 9,783 were diagnosed with heart disease; and 23,954 were diagnosed with type 2 diabetes. The average amount of butter that the people in the studies consumed ranged from one-third of a tablespoon daily to 3 tablespoons daily.

There was no relationship found between eating butter and being diagnosed with heart disease, the researchers said.

The findings suggested butter may be a “middle-of-the-road” food, said study co-author Laura Pimpin, also of Tufts University. For example, butter may be healthier for you than foods high in sugar or starch, which have been linked with an increased risk of heart disease and diabetes, Pimpin said.

However, butter may be a worse for you than other spreads and cooking oils that are richer in “healthy fats,” she said. These alternatives include soybean, canola, flaxseed and extra-virgin olive oil, along with some types of margarine. Such spreads and oils contain more unsaturated fats, which are generally considered healthier than saturated fats.

The new study looked only at the association between people’s butter consumption and their risk of heart disease, early death and types 2 diabetes, so it cannot prove for certain that butter does or does not cause these conditions. There may be factors that the study did not take into account, such as people’s physical activity levels or their genetic risk factors, which could affect the results, the researchers said.

The study was published June 29 in the journal PLOS ONE.

Why eating fat may not make you fat