Arts and Culture
By Akintayo Abodunrin On Feb 9, 2020 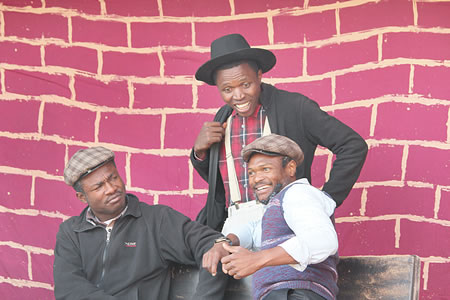 ARTISTIC Director of the Jos Repertory Theatre, Dr Patrick-Jude Oteh, has disclosed that the 14th edition of the Jos Festival of Theatre, will begin on March 9.

Themed’ Building Connections’, the festival will run daily until March 14 at the premises of the Alliance Francaise, Jos, Plateau State.

It will, as usual, feature productions and workshops to advance theatre theory and praxis in the country. And in line with one of its goals of developing competencies of Nigerian artists, five directors, including Oteh, will showcase their skills at the festival.

The four other directors that would be participating at the event are Kalbang Afsa-Walshak, Jumoke Alice Laka-Fasakin, Seyi Loving kindness Babalola and Sunny Adahson.

The festival founder disclosed that there would be riveting plays as well as a variety of workshops during the six-day event. “The classes in acting, dance, basic film production, and arts management will hold during the day with the theatrical performances taking place in the evenings. Mr Ezekiel Gomos, the CEO of Jos Business School, will be leading one of the workshop streams on artistes and managing their finances during the festival,” Oteh said.

He also explained that this year’s plays “will present poignant messages concerning relationships, marriage, politics, revolt, and the abuse of power over the week of performances.”

Resource persons from Lagos, Kaduna and Jos will facilitate workshops.

‘Wat’s Dis All About’, a Nigerian adaptation of South African apartheid-era two-person play, ‘Woza Albert’, will also be staged. It had been shown at the 2019 MUSON Festival and Lagos Fringe Festival.

The two American classics that will feature in the 2020 festival are Edward Albee’s ‘Who is Afraid of Virginia Woolf?’ and August Wilson’s ‘Seven Guitars.’

Nigerian playwrights also have pride of place in the schedule. Jerry Alagbaoso returns with his latest play, ‘Let My Husband Be’. It is a satire on households and the downsides of extramarital affairs with a generous dose of religious expectations.

Professor Femi Osofisan’s early play, ‘A Restless Run of Locusts’, adapted into the Yoruba movie, ‘Ewe Oju Omi’ by Ademola Aremu years ago, is also on the festival playlist with its study of politics, politicians and the extent they go to win elections.

Culture administrator and playwright, Yahaya Dangana, is featuring in the festival with ‘The Emir’s Secret’, a story about betrayal, court secrets and abuse of power.

The Jos Repertory Theatre was founded in 1997 as a not-for-profit independent theatre organisation but full programme implementation began in 2000. Its activities include play/poetry readings, production of scripted plays as well as theatre for development plays.

If Britain could exit the EU…