(BUHARI’S SPEECH): Those in governments from 1999–2015 presided over the near destruction of the country 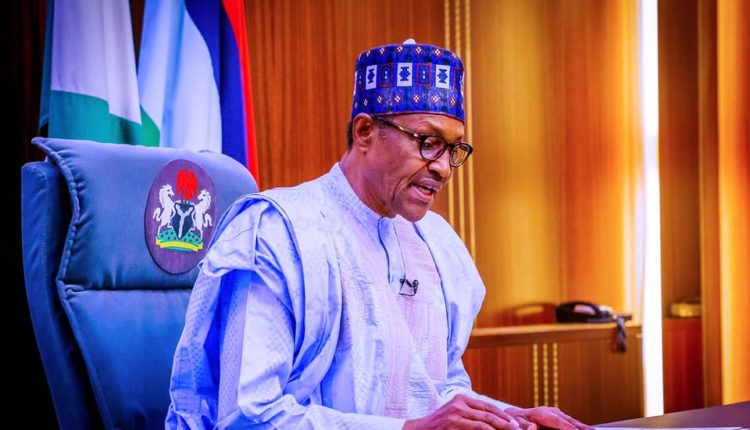 President Muhammadu Buhari, in his Independence Anniversary speech, condemned those he said presided over the previous governments from 1995 to 2015 for almost destroying the country and for having the impudence to criticise his government.

The president also said no government in the past did what his administration is doing with such scarce resources, adding that his government had managed to keep things going in spite of the disproportionate spending on security.

According to President Buhari: “Our government is grappling with the dual challenge of saving lives and livelihoods in face of drastically reduced resources.

“In this regard, sustaining the level of petroleum prices is no longer possible. The government, since coming into office has recognised the economic argument for adjusting the price of petroleum. But the social argument about the knock-on effect of any adjustment weighed heavily with the government.

“Accordingly, in the last three years, we have introduced unprecedented measures in support of the economy and to the weakest members of our society in the shape of:
a. Tradermoni
b. Farmermoni
c. School Feeding Programme
d. Job creation efforts
e. Agricultural intervention programmes.

“No government in the past did what we are doing with such scarce resources. We have managed to keep things going in spite of the disproportionate spending on security. Those in the previous governments from 1999–2015 who presided over the near destruction of the country have now the impudence to attempt to criticise our efforts.

“In the circumstances, a responsible government must face realities and take tough decisions.”

IGSOSA millennial set donates whiteboards to alma mater, lauds others to do more

Buhari: It makes no sense to sell petrol below Saudi’s N168/per litre

Appointment of new AGF must be based on merit, transparent process, CSOs tell Buhari