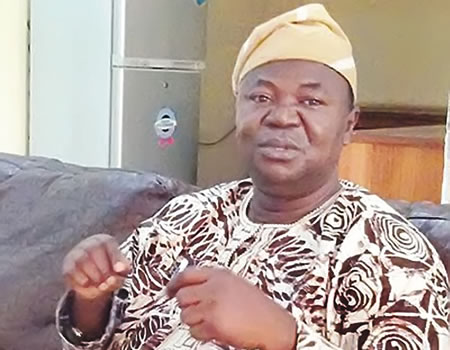 The President of  Academic Staff Union of Universities (ASUU), Prof Biodun Ogunyemi, has taken a swipe on Muhammadu Buhari’s government as it is marking the first year of his second term in office, saying the administration has not only failed in the education sector but has taken several steps backwards.

He also said it is not only that people in the corridors of power, especially the senators, have turned the creation of tertiary educational institutions in the country into constituency projects, but also pay lip service to the sector generally.

Prof Ogunyemi said this on Thursday in an exclusive interview with Tribune Online.

According to him, Buhari’s administration, though may want to claim, as it is used to, that it inherited rots and decay in the sector from primary to tertiary levels, the fact remains that it did nothing to improve on the situation since it came on board five years ago, rather makes it worse.

He said the administration only appeared as if it had something good to offer in 2017 when the Minister of Education then and now, Adamu Adamu, declared a state of emergency in the sector and resonated same the following year, but nothing has come out of the declaration.

He said if successive governments and the current one in power had really and meaningfully committed to the development of education and human development capacity, especially at the university level, the emergency created by the covid-19 pandemic and it attendant widespread and lack of control situation the country finds itself today would not have occurred.

To address Covid-19 pandemic, he explained, is about research and deployment of knowledge and skills and that can only be done in a sector where adequate attention is paid to.

He said if care is not taken and soonest, the public university system in the country would collapse just like that of primary and secondary schools that he said are becoming less attractive to people.

ASUU boss asked of what value, for example, is the creation of new tertiary institutions, and especially two federal universities in one state by Buhari’s government just as those before it, when the existing ones are grossly malnourished.

“Government should have been making effort towards making existing tertiary schools formidable by ensuring they are well funded and equipped to make them compete favourably with those in the advanced countries rather than continuing to create mushroom institutions here and there just to satisfy the political interest of some people in the corridors of power,” he reasoned, noting that as at last time ASUU leadership visited the Senate, more than 80 bills calling for the creation of one higher institution or the other were pending.

Ogunyemi said that should not be a major priority of the Senate, but how to improve on the allocation to the sector.

He, however, called on well-meaning Nigerians to keep mounting pressure on the government to provide quality education before the sector is collapsed completely.