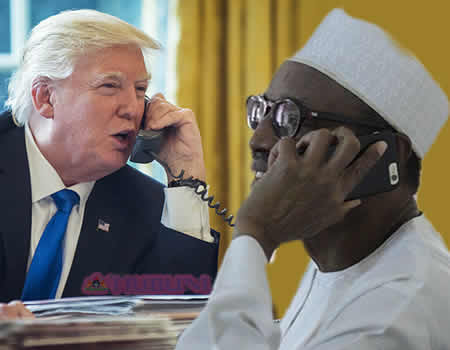 Share
PRESIDENT Muhammadu Buhari and his United States counterpart, Donald Trump, had a telephone conversation in Monday afternoon.
The American president spoke to him in London where he is still on medical vacation.
Special Adviser to the president, Femi Adesina, confirmed the occurrence of the telephone conversation in a statement issued in Abuja.
It said the conversation was cordial and President Buhari congratulated Trump on his election as President of the United States, and on his cabinet.
The statement added: “The two leaders discussed ways to improve cooperation in the fight against terrorism through provision of necessary equipment.

Ahead of convention: APC Northern governors back Southern candidate