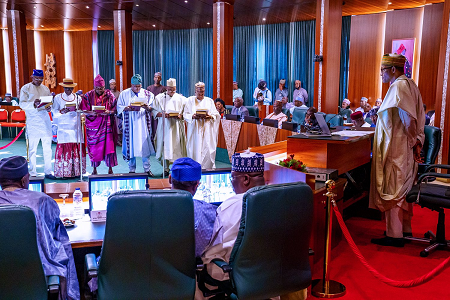 President Muhammadu Buhari, on Wednesday, swore-in as the chairman of the National Assembly (NASS)Service Commission, Ahmed Kadi Amshi, who was the Chief of Staff to the President of the Senate, Ahmad Lawan. 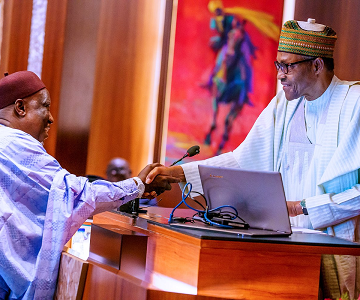 Inaugurated with the Yobe state-born Amshi, who was also the Campaign Director of Senator Ovie Omo-Agege, were 11 other members. 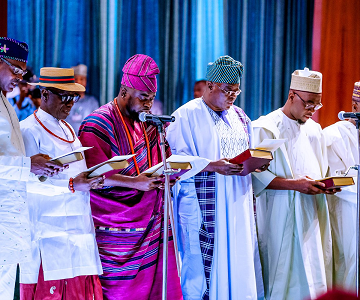 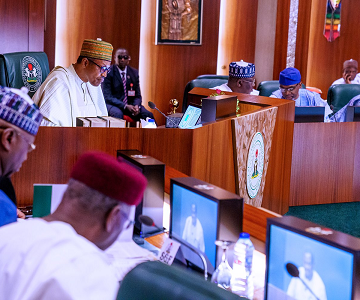 The 12-member commission has representatives from the six geopolitical zones of the country.

President Buhari performed the inauguration shortly before the commencement the Federal Executive Council (FEC) on Wednesday at the presidential villa, Abuja.

Present to witness the ceremony was the Vice President, Yemi Osinbajo; the Chief of Staff to the President, Mallam Abba Kyari; the National Security Adviser, Major General Babagana Monguno, retd; the Secretary to the Government of the Federation (SGF), Boss Mustapha and the members of the Federal Executive Council (FEC).

Network expansion: DisCo to invest N43billion on 92 projects across 4 states