Only Buhari can suspend me, NHIS secretary tells minister 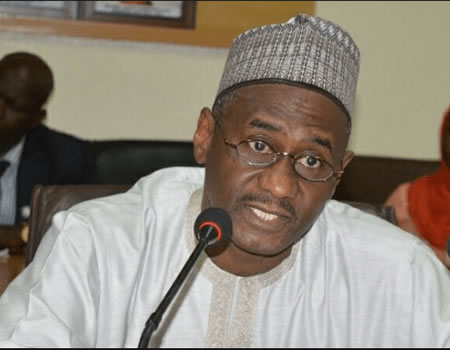 The directive that the Executive Secretary of the National Health Insurance Scheme (NHIS), Professor Usman Yusuf, should proceed on a three-month suspension is generating controversies as he insisted that only President Muhammadu Buhari can order his suspension.

This was as the Federal Ministry of Health has declared that his suspension, as ordered by the Minister of Health, Professor Isaac Adewole, was in order and remained sacrosanct.

The minister had also directed the setting up of an investigative committee to look into the various allegations in accordance with the Public Service Rules, saying the suspension was also to allow for uninterrupted investigation.

He directed the embattled NHIS boss to hand over to the next most senior General Manager in the agency and advised staff of the agency to be law-abiding, vigilant and safeguard all government properties, including valuable documents.

However, according to an online newspaper, Premium Times, Yusuf, in a letter, dated 12 July, 2017 and addressed to the Health Minister, said he would not obey the suspension order and gave five reasons for his decision.

Yusuf said he received the letter directing him to proceed on three months suspension with immediate effect to pave way for uninterrupted investigation of petitions against him in accordance with Public Service Rules, but added that he would not comply with the directives.

“By virtue of the NHIS Act, particularly section 4 and 8 thereof, my appointment and removal from office, whether by way of suspension or otherwise, is at the instance of the President of the Federal Republic of Nigeria.

“Except removed from office by the president under circumstances specified in the NHIS Act, my appointment is for a period of five (5) years, subject to further term of the same period at the discretion of the president.

“Although by virtue of Section 47 of the NHIS Act, you are empowered to give directives of a general nature to the Governing Council of the Scheme and in the absence of the Council, you have presidential mandate to exercise the powers and functions of the council, but since the powers and functions of the Council do not include discipline, suspension or removal of the Executive Secretary of the Scheme from office, the directive in your letter under reference cannot find comfort under the said section or presidential mandate; and

“The letter of suspension is not in accordance with Public Service Rules as no prima facie case has been established against me in respect of the petition referred to in the letter.

“The mere fact that there are pending petitions against a public officer which is yet to be substantiated does not constitute a ground for suspension under the Public Service Rules. Otherwise, with over 18,000 petitions pending against public office holders before the EFCC and ICPC as at the end of June 2017, the total number of public officers who would have been on suspension by now including the Honourable Ministers is left to be imagined,” he stated in his letter.

Responding to his letter however, the Ministry of Health, in a press statement issued in Abuja on Friday, dissociated itself from Yusuf, saying, as a public officer, he was bound by the regulations governing the Public Service.

According to the News Agency of Nigeria (NAN), Mrs Boade Akinola, Director, Media and Public Relations, Federal Ministry of Health, in the statement said the suspension was a result of various allegations and petitions against Yusuf, a professor.

Two lovers, one other found dead inside apartment in Ondo