Arts and Culture
By Akintayo Abodunrin On Jun 14, 2020 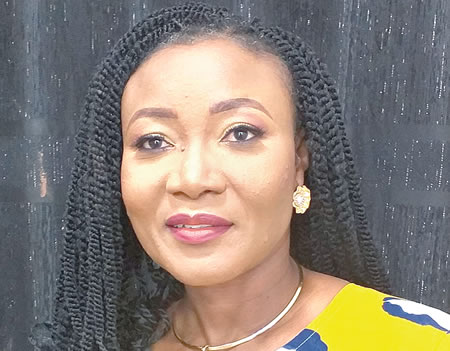 Being run by her Illuminate Nigeria Development Network, the campaign launched last month is tagged #mymenstruationstory #myperiodmypride. It hopes to call for the supply of free sanitary pads for school-age girls for a year and affordable pads for women in the country generally.

The campaign has curated menstruation stories from 100 women in the media and other walks of life, who automatically become advocates for the project to achieve its goals. There are also male advocates, who joined as the campaign gained momentum.

The idea of telling the personal stories, the convener explained, is to project the everyday realities of menstrual cycles closer home and more relatable to the men to influence policy decisions.

A 30-minute InstaLive Chat with campaign advocates debuted in the second week of the campaign. Hosted by the convener, it aired daily for six days. Guests included: Amara KynaIwuoha, Wemimo Adebiyi, Abigail Isaiah, Toyin Zuleiha and Afi Bassey. It has since stabilised into three outings a week on Instagram.

Renowned scholar, gender advocate and Dean, Mass Communications Department, University of Lagos, Prof Abigail OgwezzyNdisika, featured on the special edition of the InstaLive chat on May 19.

This is the second online campaign hosted by the Sanitary Pad Media Campaign (SPMC), in a bid to draw attention to period poverty rampant in many schools in Nigeria. The first, #whatifmenmenstruated, was hosted on Twitter in March 2020 and was a call to men to imagine with women the realities of menstruation.

As the Ondo governorship election hots up…6

‘How collaboration can help Nollywood after COVID-19’