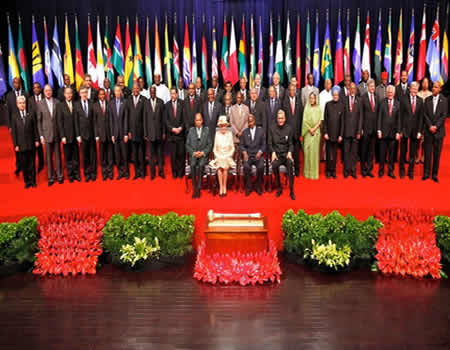 Share
THE Minister of Education, Malam Adamu Adamu, has dismissed fears that Britain will pull out of the Commonwealth of Nations just as it has attempted to quit the European Union.
Adamu spoke on Tuesday in Abuja while briefing newsmen on the activities lined up for the celebration of 2017 Commonwealth Observance Day with a theme: “A Peace Building Commonwealth” holding on Monday.
Some of the activities include parade of the Commonwealth flags by school children; presentation of theme song; drama presentation; poetic rendition and cultural displays among others.
He said the theme of this year’s celebration underscored one of the major ideals of the Commonwealth which is promoting international peace, security and understanding.
He said Nigeria had benefitted immensely from the Save School Initiative supported by the Commonwealth of nations in the wake of Boko Haram insurgency and attacks on schools in the country.
The Minister said the countries also share intelligence on security issues as well as promote values that would deepen democratic tenets in the member-countries.
Adamu while responding to a question by his Minister of State for Education, Professor Anthony Anwukah that how does the spirit of Brexit reconcile with the ideals of the Commonwealth, said Commonwealth and European Union were two different organisations with different motives.
Adamu said: “We are all aware that Brexit is an attempt by Britain to move out of the EU. It is not yet successful and I would like to say that EU is totally a different organisation from the Commonwealth. The motives are totally different. The functioning of the Commonwealth, its agenda have never been dependent on European countries.
“Only Britain and Malta are members. So, I don’t think there is any threat. I know the fear of the Minister is that if Britain will exit from EU, one day it will also exit Commonwealth and I doubt very much. I don’t think that will happen,” he said.
He explained that Commonwealth is an association of 52 countries around the world that support one another and share experiences in various fields, to promote and sustain democracy, good governance and development of all member-countries.
Commonwealth has population of about 2.4 billion people, which constitutes nearly a third of the World’s population and are found mostly in Africa, Asia, the North America, the Caribbean, Europe and South Pacific and guided by 16 core values.
He disclosed that Nigeria is major donor to the Commonwealth of Learning (COL) an inter-governmental organisation established by the Commonwealth Heads of Government with the aim of promoting learning for development.
According to the minister, the Federal Government has paid the sum of N749,967,120 from 2011 to 2016 as annual subventions. Nigeria contributes C$750,000 to Commonwealth of Learning annually.
While listing some of the gains many Nigerians have enjoyed from the Commonwealth programmes, Adamu revealed that in December 2015, a total of 38 postgraduate candidates (masters and doctorate) were nominated for the 2016/2017 Commonwealth scholarship.
In 2015/2016 academic session, the Commonwealth Commission awarded 13 postgraduate scholarships to qualified Nigerians for studies in UK universities while in 2016/2017 academic session, 16 postgraduate scholarships offers were received the Commonwealth.
The Minister said Nigeria has also serviced 20 Sierra Leone scholars for the 2014/2015 academic session, adding that the scholars are currently studying in Nigerian tertiary institutions under the Commonwealth scholarship.
He noted that one of the ideals of the Commonwealth was promotion of open and distance learning in order to improve access to tertiary education, saying Nigeria has achieved a lot in this direction through the National Open University of Nigeria (NOUN) and National Teachers Institute (NTI).
“The performance of the two institutions over the years have been impressive. For example, NOUN graduated 10,653 students during its 5th convocation ceremony in January, 2016 while 12,000 students were graduated at 6th convocation held in January 2017,” he said.