Of Brexit and Jo Cox’s murder 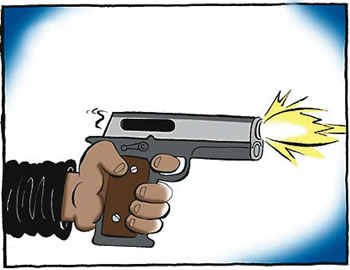 The death of Jo Cox, the 41-year old Labour MP murdered while going about her duty in her constituency in Birstall, UK is sending shockwaves around the world. Here was an excellent MP who was celebrated by her constituents and colleagues for her vision, warmth, industry and open-door policy gunned and hacked down in broad daylight by a 52-year old Mr Tommy Mair. This man, a fellow Yorkshire resident described as a loner was reported to have shouted “Britain first!” as he hacked her down. So, while this brutal killing has pushed to the fore the debate about security of MPs, the more telling impact is that it has brought the BREXIT campaign closer to the consciousness of the people because Jo Cox was a passionate campaigner for the Remain Campaign.

Okay, the investigations are still ongoing and it may well turn out that Mr Mair has mental health issues. In fact, there are unconfirmed reports that he was a patient at the Mirfield-based Pathways Day Centre for adults with mental illness before 2010. But whether or not he has mental health issues, with the BREXIT referendum just a few days away no one is pretending that people are not looking at this incident as a possible determinant of where their vote will go. To me, whether or not the fellow is sane, he could not have felt that strongly about the issue to the extent of killing the MP if there was no prior talk with others. There are also reports that he’s a white supremacist with clear links to white extremist groups. For instance, he is said to have been a long-time subscriber to a pro-Apartheid extremist magazine, “S. A. Patriot” up till 2006. The UK-based publication, which campaigns against “the fall of civilised rule” in South Africa, was edited by former National Front member Alan Harvey.

Now, I’m not saying any group of people set him up to do this, but they may have created the condition that influenced his troubled mind (if indeed, troubled) to push him to go out there and kill an MP that has been a staunch campaigner for Britain to remain in Europe and one of the more progressive politicians on the immigration front with her work with refugees all over the world and her serious activism over Dafur, Syria and Palestine. I mean, since the Leave Campaign has focused its main case against remaining in the EU on immigration, it is not out of place to imagine that unstable supporters would do what this fellow has done, especially with the neo-racialist tone of the Leave Campaign when discussing immigration and immigrants. Here is a man said to have lived in the Birstall area for more than thirty years and who, despite being a loner has not been known to be violent before now. The only thing they know him for is that he’s the one that does the gardening for the locals for a living. What could have triggered his mind except the viciousness of this campaign?

I know that the politicians are being cautious now, so that no one accuses them of playing politics with this death, but it’s worth observing that Neil Coyle, the Labour MP for Bermondsey and Old Southwark has, while paying tribute to Jo Cox, broken ranks already by saying clearly that the Leave Campaign “risks inspiring extremist elements”. While Mr Coyle is being rounded on for playing politics with this, it is important that the rest of us, especially those of us who are ethnic minorities, look closely at those the Leave Campaign and its leading promoters are empowering with their rhetoric. I say this, because whatever the reason the killer did this and whatever the ultimate outcome of police investigation, as an ethnic minority in the UK, the whole tone of the debate and this killing worry me. In fact, if I was thinking of voting Leave, at this point I would be doing a rethink because a Britain out of Europe I see is a very dark place. With Nigel Farage strutting around with a sick smirk on his face and Boris Johnson seeking frantically the keys to No 10, I see a Britain where the far-right rules and where the civil liberties and freedoms won over the years will be eroded in pursuit of the false objective of making “Britain first!” As Samuel Johnson once famously said, patriotism is the last refuge of a scoundrel and I see a lot of them now wrapping themselves around the Union Jack.

Honestly, Jo Cox’s death has left me really sad and I just cannot muster the strength for now to make a proper analysis of this future I see if we leave Europe, but suffice it to say when you read the statement by Brendan Cox, Jo’s husband and his insistence that we must defeat hate, you get the idea that he has an idea where this whole hate is coming from, especially when we consider that he himself is a staunch supporter of the Remain Campaign who had consistently complained about the hate coming from the Leave camp before this incident.

So, yes, this hate is not coming from Muslims or immigrants; it’s coming from people who think they have an entitlement to Britain by virtue of their White skin and their supposed indigenousness. It is coming from people who have been brainwashed into thinking that immigrants are the devils coming to take over their land and their jobs and that they are left no choice but to use violence to stop them. They are the people who people the white extremist groups and even though there are many decent people who want Britain out of Europe for other reasons, these extremists are today hiding under the sovereignty argument to push the idea of Britain leaving the EU as mainstream.

Why would anyone want Post-UTME retained?

Why children should fall in love with their mother tongues