Brexit: Fate of Nigerians married to Europeans hangs in balance 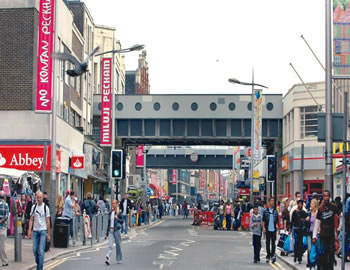 A climate of uncertainty hangs over the fate of non-natives who are resident in the United Kingdom, including Nigerians and other Europeans. Since the historic referendum in which the Brextiers (those who wanted the UK to quit EU) outnumbered the Retainers, the question on the lips of many people-legal and illegal immigrants-has been: what next?

To this question, there is no easy answer, although everyone from politician, economist and top immigration lawyers to the roadside vendor has a view.

Like other non-natives, the decision has implications for Nigerians who live in the United Kingdom. Many of these EU citizens are married to Nigerians and whatever happens to them invariably affects their partners.

But at the moment, the intentions of the government for EU citizens are unclear. Will such people need a visa? Will there be considerations for those who have lived there for many years? Will they be asked to return to their countries and what happens to their partners and families?

The major setback that Brexit will cause will be mainly felt among illegal immigrants wishing to use the marriage route to establish themselves. Those entering into a “marriage of convenience” with a non-EU citizen, that is, a marriage contracted solely for the purpose of trying to create residence rights under EU law. Although this system has been abused in the past, it is the most viable option as EU human right laws make it easier for non-EU family members of EU citizens to stay in the UK.

Britain’s exit from EU now means those from outside the UK with no right to live in the UK would not be able to get permission to stay by marrying an EU citizen and as expected, the mood in the Nigerian community in Britain is a mixture of gloom and gaiety.

One camp is worried that illegal Nigerians will find it almost impossible to get the right documentation and are scared they will be treated unfairly in British courts, as they feel they will get fairer treatments from EU courts and with big brother EU watching, Britain will have no choice but to behave.

Another camp, on the other hand, is delighted Britain has left the EU. Though they are concerned about illegal Nigerians, they are looking at a bigger picture. With Britain out of the EU, the country would have to embrace commonwealth and bring back schemes that were cancelled due to immigration policy which discriminates against commonwealth citizens in favour of EU migrants.

One of these schemes is the highly skilled migrants’ programme, which successfully placed a lot of qualified Nigerians in the appropriate positions. Instead of them doing menial jobs with masters qualifications, they are working within their chosen filed a benefit even EU citizens did not have.

Due to Highly Skilled Programme, Nigerians trained in Nigeria are holding top positions in organisations like the NHS, BT, Virgin and major IT firms. They are also well represented in the education sector.

With Britain out of the EU, Africa can trade its way out of poverty by trading with Britain who before now was shackled by EU’s common agricultural policy which makes African farmers unable to compete. The high EU tariff barriers on African exports were also a hindrance. The EU has only one free trade agreement in Africa, which is with South Africa.

Leaving the EU gives Britain the opportunity to revive its relationship with those they colonised and have links with by making fairer trade deals.

Both camps are uncertain about what the future holds.

EU law gives a range of rights to family members of EU citizens who are not citizens themselves the most important of which is, free movement rights which gives the right to live together when an EU citizen moves to another country.

For instance, if a Polish woman relocates from Poland to Britain and marries a Nigerian, the man becomes entitled to the right to stay and work in Britain.

This rule is not applicable to British citizens and English laws and all its red tape makes it very difficult when a Brit marries a non-Brit or non-EU citizen.

Some of the immigration lawyers asked to comment on the development also had the same response. Although Immigration law will change now that the Britain has exited from the EU, information available now is too scanty to speculate on what would happen in the near future.

There is a period of two years of grace before Article 50 is invoked by Britain to activate its exit as decided in the referendum.The period is to give room for negotiations and work out what the British future relationship with the EU would look like.

100% Natural Solution To Finally End Premature Ejaculation, IncreasesSmall Cucumber and Bedtime Lasting Power in 7days... CLICK HERE TO GET IT (Before It Disappears!!!)