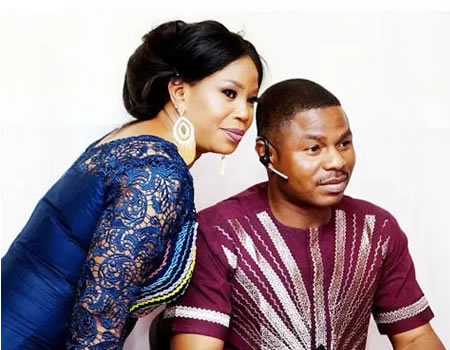 Nigerian music producer, gospel singer and proprietor of the popular Ibadan radio station, Fresh 105.9 FM, Yinka Ayefele, has finally confirmed his wife’s delivery of a set of triplets, two boys and a girl in the United States.

Ayefele reportedly broke the news on Tuesday during his live programme, “Let’s Talk About It” the programme he co-anchors with Enitan Olusegun Bamidele on his Fresh 105.9 FM.

Also confirming the news of the babies arrival to Tribune Online, David Ajiboye, the media aide to Yinka Ayefele, said the wife, Mrs Tope Ayefele, recently delivered the triplets in Maryland, US.

Ayefele had in June 2019 denied the story of the arrival of his triplets in US.

But speaking with Tribune Online, Ajiboye said his boss earlier denied the delivery of the babies because he doubted the credibility of the source who had contacted him for information on the matter.

Ayefele got married in 2000, three years after he was involved in a car crash where he sustained a spinal cord injury.