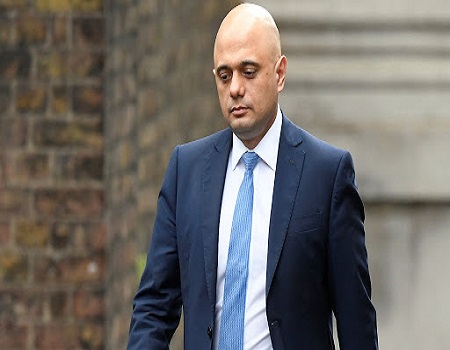 Sajid Javid has resigned as chancellor as Boris Johnson carries out a post-Brexit cabinet reshuffle.

Mr Javid rejected an order to fire his team of aides, saying “no self-respecting minister” could accept such a condition.

He had been due to deliver his first Budget in four weeks’ time.

The former home secretary was appointed chancellor by Mr Johnson when he became prime minister in July.

“He has turned down the job of chancellor of the Exchequer,” a source close to Mr Javid said.

“The chancellor said no self-respecting minister would accept those terms.”

Chief Secretary to the Treasury Rishi Sunak is being tipped to replace Mr Javid – and there will be a new joint team of No 10 and 11 special advisers.

Mr Javid had been expected to remain in place, as the prime minister rejigs his top team.

Commenting on Mr Javid’s resignation, Labour’s shadow chancellor John McDonnell said: “This must be a historical record with the government in crisis after just over two months in power.

“Dominic Cummings has clearly won the battle to take absolute control of the Treasury and install his stooge as chancellor.”

I will reduce poverty through empowerment ― Senator Balogun