The immediate past majority leader of Ogun State House of Assembly, Hon. Yinka Mafe is dead.

He was reported dead Tuesday night, shortly after his 46th birthday celebration.

Mafe was said to have complained of chest pain after the celebration and died shortly after. 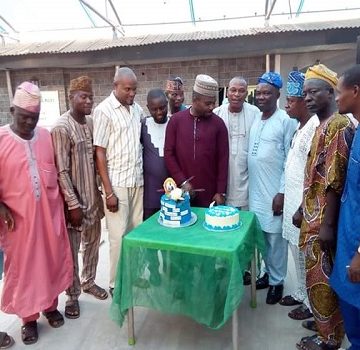 His remains have been deposited at the morgue of the Olabisi Onabanjo University Teaching Hospital (OOUTH), Sagamu.

Asiwaju Yinka Mafe who was born February 4th, 1974, was elected the Councillor of Ward three in Sagamu Local Government Legislative Council in December 1998, a term which ended in 2002.

He represented Sagamu Constituency I (Ofin) at the State House of Assembly between 2011 and 2019 on the platform of the All Progressives Congress (APC) formerly Action Congress of Nigeria (ACN).

Earlier on Tuesday, Mafe organised a prayer session at his country home in Emuren as part of activities to commemorate his birthday.

He reportedly visited inmates and warders at the Nigeria Correctional Centre, Sagamu before the proper birthday celebration which took place at Tenth Planet & Suites in Sagamu and was attended by party faithful, well-wishers, associates and his MafeLafe political team.

Confirming the death, the All Progressives Congress (APC) in Ogun State described his death as a “shock.”

The party in a statement on Wednesday morning, issued by the Publicity Secretary of Ogun APC Caretaker Committee, Tunde Oladunjoye, said circumstances surrounding his death are sketchy.

Oladunjoye, however, noted that the party has lost a vibrant lawmaker, legal practitioner and consummate entrepreneur known for his outspokenness no matter where he finds himself.

The statement reads: “The party recalled that even when others remained in the deflated and defunct Allied People’s Movement (APM), Yinka Mafe took a very bold and courageous step to return to APC.

“While the other defected and defeated members of defunct APM were still shadow-chasing and preoccupied with empty boasts, Mafe, less than a month after the election of Prince Dapo Abiodun, specifically on April 2, 2019, announced his return to APC on the floor of Ogun State House of Assembly.

“While commiserating with the wife, children and the entire members of the family of the deceased, and indeed the people of Sagamu 1 State Constituency, the APC prays that God will give them the fortitude to bear the irreparable loss.”