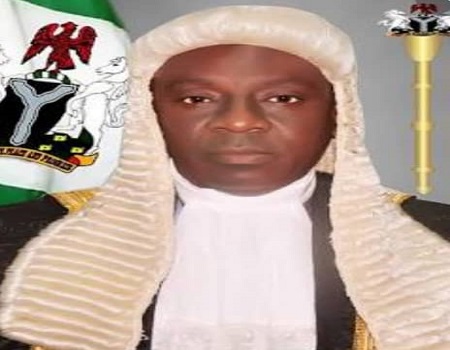 Gombe State House of Assembly has passed into law, Gombe State Kidnapping and Abduction Prohibition Law 2020 which provides that anybody found guilty of kidnapping in State stands the risk of losing his life when found guilty.

The law will come in to effect immediately the State Governor, Muhammad Inuwa Yahaya appends his signature to the law which is aimed at the combating the menace of kidnapping and abduction in the state.

The bill was passed into law by the State House of Assembly on Wednesday during its plenary with the Speaker of the House of Assembly, Abubakar Sadiq Ibrahim, saying that Governor Muhammad Inuwa Yahaya had been eagerly waiting to assent the bill into law.

In an interview shortly after the House passed the bill, the Speaker said that what prompted the passage of the bill was the prevalence of kidnappings and abduction in the State stressing that, “We the State Legislature felt we should do something that will protect the lives of our people.”

According to him, “the bill seeks to prohibit any act, move or attempt that has to do with kidnapping by way of calling somebody on phone, taking someone or persons to hide somewhere by way of sending text messages, writing letters demanding for ransom, anybody that attempts to kidnap somebody or to send fear into somebody relating to kidnapping or abduction is punishable under this law”.

The Speaker further said that “we hope and pray that Governor Inuwa Yahaya will assent to this bill immediately just like he has been promising. One of his major concern is the security of Gombe State.”

He explained that “our neighbours in Adamawa and Taraba States have all passed such a bill, making most of these kidnappers to move their base into Gombe, since we didn’t have that law yet”.

Abubakar Sadiq also said that, “Gombe State never had laws criminalising kidnapping. The laws we had were those that had to do with the abduction of teenagers, child molestation and so forth. But we didn’t have spelt out laws dealing with kidnapping in Gombe State because it comes in various ways. That is why the law has captured all the ways and manners which kidnappings are done”.

“The previous laws that we had, had nothing to do with most of these issues, so we sat down and looked at the issue critically and then came up with with this law that captures virtually all the strategies in which people are kidnapped and made to pay the ransom,” he added.

Apart from 20 years with no option of fines, 10 years with no option of fines for different offences relating to kidnapping, the stiffest punishment of death reads thus, ” whoever kidnaps or abducts any person by any other means in order that such person may be killed or maybe so disposed of as to be put in danger of being killed or with intent to demand ransom shall be punished with death.”

Traffic: FCTA to open up more roads within Abuja