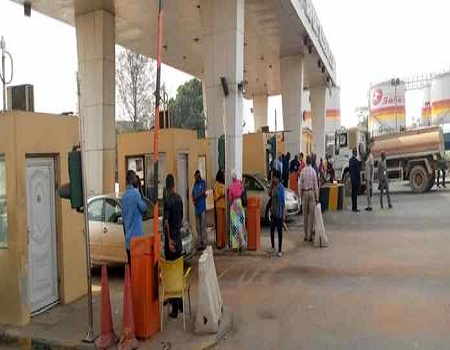 There was confusion at the Lagos airport yesterday as the Aviation Unions forcefully took over the toll gate at the Murtala Muhammed International Airport access gate.

The unions operating in the Federal Airports Authority of Nigeria (FAAN) had besieged the toll gate as early as 7: 00 am chasing away the officials of the contractor given the contract of managing the access gate on behalf of FAAN management.

The agreement for the contract which was awarded to a private company, I-Cube was said to have expired in 2019.

The unions were said to have taken over the running of the tollgate on the premise that since the management of the place was concessioned to I-Cube that many of the workers of FAAN became jobless.

The excuse given by the unions may not be accurate as the contractor was said to have kept to its contractual agreement until it expired last year.

Rather than follow due process by the government, I-Cube rather than being informed of plans not to renew the contract decided to secretly re-award the contract to a new company.

While the management of I-Cube was yet to fathom the illegal position of the government, it’s officials who were on duty were shocked to see the presence of the unions taking over their jobs.

The management of the tollgate which was initially the responsibility of FAAN was contracted to I-Cube for efficiency and for more revenue generation.

EU, Britain due to square up over future trade talks