Latest News
By Leon Usigbe and Yinka Olukoya - Abeokuta On May 25, 2019 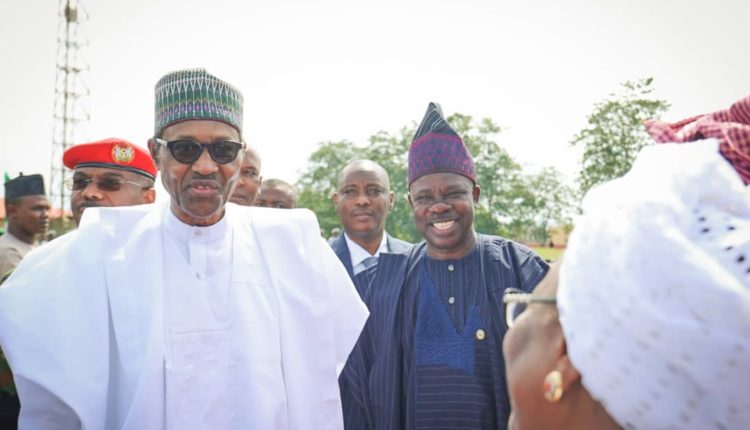 Share
President Muhammadu Buhari has arrived Abeokuta, the Ogun State capital, to commission some projects by the outgoing administration of Senator Ibikunle Amosun. 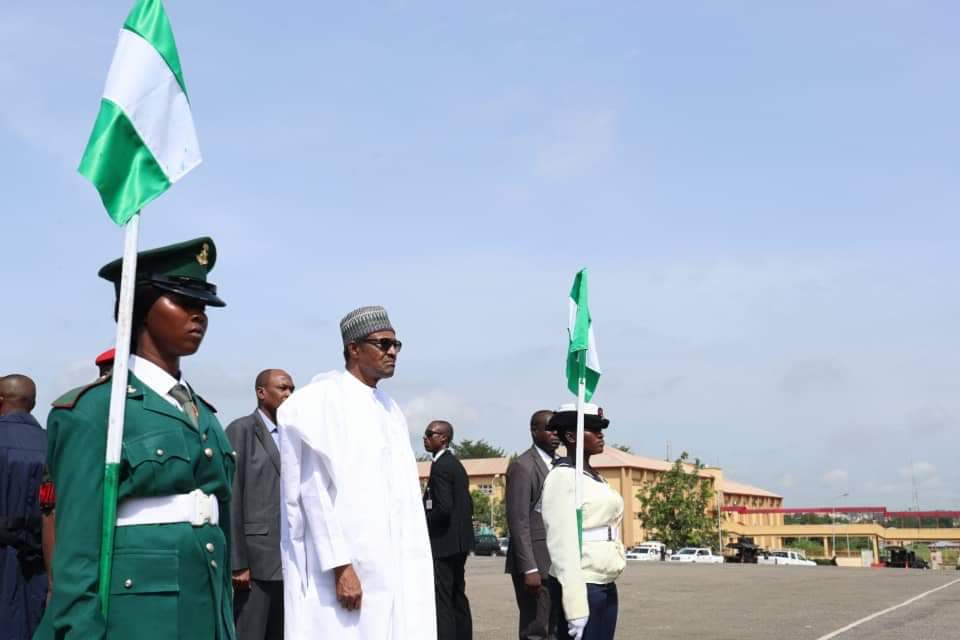 Buhari landed at about 10.15am at the Arcade Ground of the Governor’s Office, Oke-Mosan, Abeokuta.
On hand to receive him were the host governor, Amosun, his counterparts from Ekiti, Lagos and Ondo, Dr Kayode Fademi; Mr. Rotimi Akeredolu and Mr. Akinwunmi Ambode.
Also on ground to welcome Mr. President to the Gateway State were past military administrators of the State, Brigadier General Ayodele Balogun; Colonel Daniel Akintonde; Navy Captain Oladehinde Joseph and Navy Captain Kayode Olofinmoyin.
However, the President did not inspect the Guard of Honour but only took a salute and proceeded to commission the newly built Ogun State Television Digital Studio.