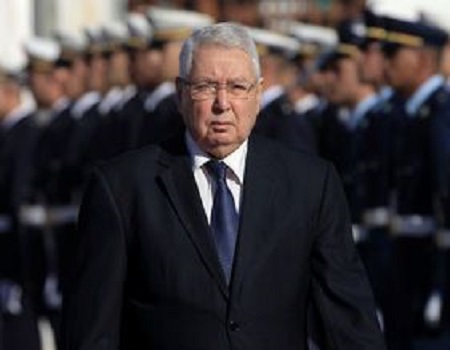 The parliament named Abdelkader Bensalah, the leader of parliament’s upper chamber, as president for a maximum 90 days as is called for by the constitution until a new election can be organized. Bensalah who was a key ally of former president Abdelaziz Bouteflika.

Algerian students again protested in the capital, Algiers calling for the ouster of the country’s entire political hierarchy.

Algeria’s powerful army chief was due to speak later in the day.

Protesters, who are demanding sweeping democratic reforms, are opposed to figures like Bensalah, a close associate of Bouteflika and his inner circle who dominated Algeria for decades.

Upon stepping down last week, Bouteflika promised that elections would be held after 90 days as part of a transition he said would usher in a new era.

As per the Algerian constitution, Bensalah will remain, interim president, until new elections are held.

Algeria to suspend travel with Europe-statement