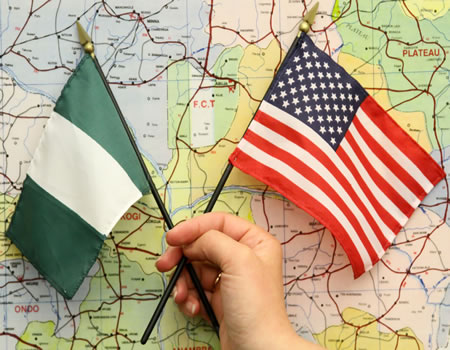 The government of the United States has approved the sale of 12 x A29 Super Tucano Aircraft to the Nigerian government.

The United States Ambassador to Nigeria, Stuart Symington, conveyed this approval in a letter of offer and acceptance (LOA), in respect of the A29 Super Tucano Aircraft, presented to the Chief of the Air Staff (CAS), Air Marshal Sadique Abubakar, at NAF Headquarters in Abuja, on Wednesday.

As contained in a statement by Director of Public Relations and Information, NAF, Olatokunbo Adesanya, Symington said the development was in showing the resolve of the US government to help Nigeria to completely oust Boko Haram and all forms of terrorism.

While asserting that peaceful existence in Nigeria was strategic to the security of the entire West African Sub-Region in particular and the entire world at large, Symington said the capacity of the NAF would be greatly enhanced by the Super Tucano Aircraft.

Noting that both parties would, in January 2018, meet to jointly study the LOA, Symington assured of fast delivery of the aircraft once the Nigerian government made requisite payment.

Furthermore, Symington expressed the willingness of the US government to support the NAF in requisite training on the use of the aircraft and timely supply of needed aircraft spares.

Commenting, Chief of the Air Staff (CAS), Air Marshal Sadique Abubakar assured that the NAF would abide by the stipulated deadlines in the LOA.

Furthermore, Abubakar assured the US Ambassador that the NAF would ensure the readiness of proposed home base of the Super Tucano Aircraft in Nigeria before the aircraft’s delivery.

He added that the NAF would nominate and prepare all the pilots and maintenance crew to be trained on the Super Tucano Aircraft, ahead of their training in the US.

Abubakar appreciated the US Government for its steady support towards sustaining NAF air operations.

He asserted optimism that the LOA would be signed and necessary payments made before 20 February 2018 to engender the commencement of production of the NAF’s Super Tucano Aircraft.

It would be recalled that the US State Department had earlier approved the sale of 12 x A29 Super Tucano Aircraft to the NAF to further aid the nation’s counterinsurgency campaign.

Aregbesola to present 2018 budget on Thursday