Entertainment
By Tribune Online On Jun 24, 2019 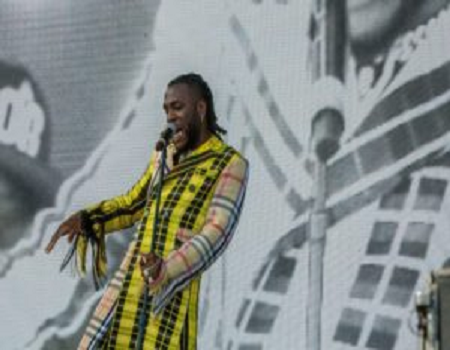 The 2019 edition of the award which celebrates black people in film, music, and arts, was held at the Microsoft Theatre in California.

The BET Award for Best International Act is an award given to honor the outstanding achievements of international artists every year.

NAN reports that Wizkid still holds the record for most wins in this category with two awards.

Burna Boy joins Wizkid, 2baba, Davido, D’banj, and Iceprince as the only winners of the award from Nigeria.

NAN reports that the ‘On the Low’ singer began the musical year with hefty, fan-favorite tunes including ‘Dangote’ and ‘Killin Dem’ featuring Zlatan.

This follows his quick rise to stardom in 2018 which made him one of the top five stars of the year. The singer performed at Coachella in April.