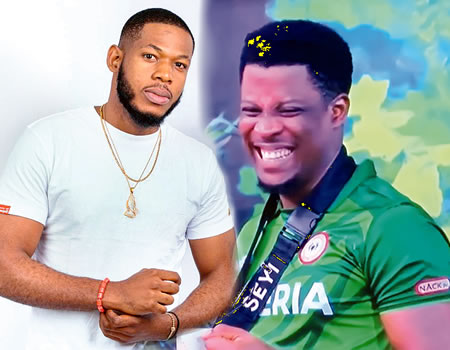 It was the nomination show everyone was waiting for! After Frodd emerged the Ultimate Veto Power Holder (UVPH), fans of the hugely popular Big Brother Naija show could not wait to discover which five housemates he would put up for possible eviction during the Monday night nomination show.

The housemates, unaware of the ‘power’ Frodd as the UVPH wielded, carried on with what would be their final nomination show for the season. At the end of the process, Cindy, Elozonam, Frodd, Ike, Mercy, Mike and Tacha came out tops on the nomination list.

Big Brother however, nullified the results and asked Frodd to nominate five of his fellow housemates for possible eviction. Big Brother then revealed that Mercy had used her Bet9ja coins to buy ‘immunity’ and as such was automatically exempted from nominations. Frodd then proceeded to nominate Tacha, Elozonam, Cindy, Ike and Mike. They all face public vote and the housemate or housemates with the lowest percentages will be evicted from the Big Brother House next Sunday.

Meanwhile, at the weekly Head of House (HoH) challenge, Seyi made history in the season by becoming a three-time winner of the title. This time around however, he chose not to share the HoH bedroom privileges with another housemate. His position as HoH secures his spot in the final week of the competition.

‘Why we are ‘Maltavating’ Nigerians’

I don’t have a life anymore, BBN winner, Mercy Eke, cries out