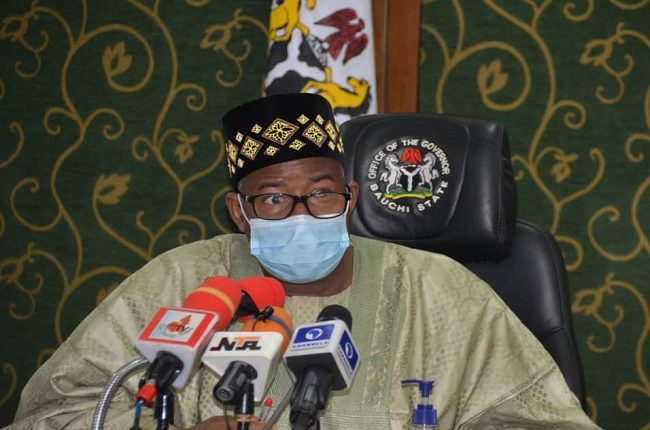 In its resolve to achieve a milestone in quality healthcare delivery service especially at the grassroots level, Bauchi State Government has made adequate arrangement to raise money from the bank to enable it to pay counterpart funding of the sum of N300 million to all development partners in the health sector.

The disclosure was made by the State Governor, Sen Bala Mohammed Abdulkadir while speaking at a teleconference 2020 Mid-Year Review Meeting with Development Partners on Primary Healthcare Program including the Bill and Melinda Gates Foundation and Dangote Foundation held at Emergency Operations Centre, Bauchi.

Bala Mohammed attributed the delay by the state to release its counterpart funding to COVID-19 pandemic and other challenges of Internally generated revenue (IGR).

He also said that the United Nations and Development Partners have requested the state government to take the health care delivery issue to secondary level as contained in the Memoranda of Understanding (MoU) under the programme taking into consideration the positive achievement recorded so far in the primary level.

According to the governor “They meant we should take it to the secondary level and the state will be able to develop the human capital, the resources and the rest to make it tick so that at the end of the day our people will benefit from it”.

The governor, however, noted that despite the state government’s meeting with Local Government Chairmen in the state over the issue, they have not been meeting with Primary Healthcare Development Agency (PHCDA) and the Ministry of Health to ensure community engagement in terms of sensitisation in this regard”.

Bala Mohammed lamented the fact that “These are the only two out of the seven that we have not been able to achieved, but I’m happy we have at least scored 70 per cent in those areas for the State and Local Government Councils”.