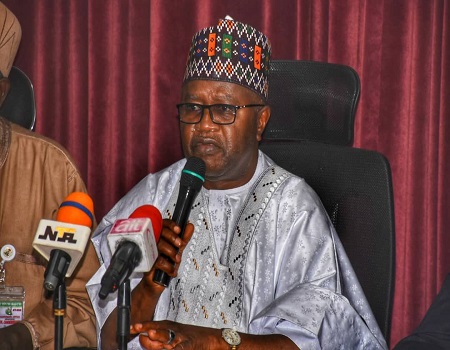 Bauchi State Government has henceforth banned the financing of the controversial funeral service that was introduced by the immediate past APC led administration which was said to have spent over N2.5 billion for the exercise.

The decision to ban the exercise was part of the decisions taken by State Executive Council (SEC) during its meeting on Wednesday which was presided over by the State Governor, Sen. Bala Mohammed Abdulkadir, held at the Executive Chambers of Government House.

While addressing Journalists over the outcome of the meeting, the State Commissioner of Information and Communication, Dr Ladan Salihu, explained that “The suspension of the funding of burial by the state government is to stop the looting of public funds in the name of humanitarian services”.

The Commissioner lamented that over N2 billion was claimed to have been spent on the funding of such happenings by the immediate past administration.

He stressed that “We will designate our little resources and channel them to critical areas of needs such as infrastructure, health, education, and other basic needs of citizens of the state in line with our campaign promises as well as the yearnings and aspirations of the people”.

It will be recalled that at the inception of the Bala Mohammed Abdulkadir led PDP administration, it uncovered alleged spending of over N2 billion to fund burials in the state an allegation the past APC led administration denied vehemently explaining that the amount was not up to the one alleged.