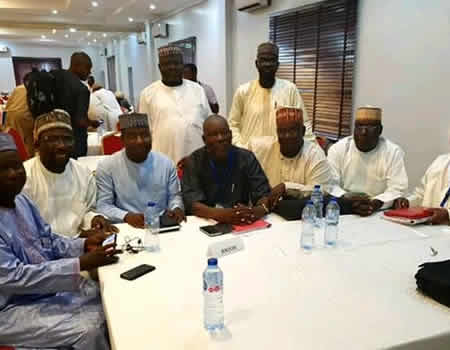 Bauchi State Government has expressed its determination to ensuring the full implementation of the disbursement-linked Indicators, which is a World Bank initiative, under the state fiscal transparency, accountability and sustainability principles.

The expression was made by the commissioner for Budget and Economic Planning, Dr Aminu Hassan Gamawa on the outcome of the state Domestic Expenditure Arrears Management Workshop organized by the World Bank and the Debt Management office held in Abuja.

The Commissioner who was among the participants of the workshop, said that Bauchi state is one of the beneficiaries of the State Fiscal Transparency, Accountability and Sustainability program.

Aminu Gamawa who said that the workshop was organised to build the States’ capacity on one of the 9 key Disbursement-Linked Indicators, noted that the initiative are the key criteria objectives that must be achieved in order to unlock funding under the program.

According to him, the more proficient a state is in achieving these objectives, the more funding that can be made available.

The workshop according to the Commissioner sought to develop capacity in one of the key Indicators especially pertaining to the “Clearance of domestic expenditure arrears” as the Expenditure arrears are the financial obligation that have been incurred by any level of the government sector for which payments have not been made by the due date”.

He pointed out that, “Therefore, the capacity building in this regard is essential if the Bauchi State government is to tap into the maximum 51.2 million dollars available for development funding”.

Furthermore, in order for the 2019 eligibility criteria to be met and for the continued disbursement of the funding available, continued improvement and commitment to the criteria and its objectives must be made.

He recalled that, Bauchi state had made significant efforts to keep up to date with the requirements of the program, particularly the recent inauguration of the development steering committee which regularly reports to the Governor.

The program split the participating states into 3 batches which had the benefit of allowing the participants to share their experiences and lessons in tackling the Disbursement-Linked Indicators in their states.

The workshop was based on the guidelines that had been drawn from the World Banks global experience and history in international good practice for domestic arrears management.

The guidelines being taught had been specifically designed for the institutional context of Nigerian states and were focused on providing practical support to states to help them meet the requirements of the indicators.

In this instance, the guidelines were devised in consultation with state accountant generals from 8 states and field missions to 6 states.

The workshop covered key technical competencies that will be required by the state officials in order to achieve the objectives of the initiative.

Dr Aminu Gamawa said the technical capacities developed will provide the officials of the State Ministry of Budget and Economic Planning with the necessary tools to achieve the DLI so as to assist the administration of Governor Bala Abdulkadir Mohammed to deliver on its mandate effectively as contained in a statement by Muslim Lawal, Personal Assistant (Media) to the Commissioner for Budget and Economic Planning.