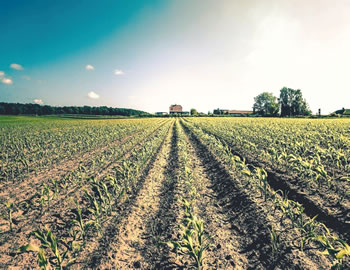 THE Bank of Agriculture (BOA) has commenced legal action against bad debtors, while trailing those that intentionally diverted loans to other uses, as part of efforts to recover N60 billion debt.

Malam Kabir Adamu, the Managing Director of BOA, made this known in Abuja on Thursday in an interview with News Agency of Nigeria (NAN).

“BOA has collaborated with EFCC and other relevant security agencies to fish out where those funds have been diverted to, and the effort has been yielding results as debtors are now seeking loan restructure and extension of the tenure of the facility,’’ he said.

He said that the bank had also appointed loan recovery agents nationwide, which included professional recovery agents and competent lawyers, who were keeping tabs on the beneficiaries so as to ensure prompt loan repayment.

Adamu said that in view of the expected roles of BOA in the country’s efforts to attain food security, tangible emphasis must be placed on due diligence and loan recovery.

He, however, explained that the debt was not exclusively BOA debt, adding that it also comprised other debts incurred during the era of Peoples Bank that was transferred to BOA, which complicated issues facing the bank.

NAN reports that BOA, which was created in 2000, absorbed the assets of the National Agriculture and Cooperative Bank, the People’s Bank and the Family Economic Advancement Project; and prior to the merger, the three entities engaged in micro-financing.

Adamu, however, said that the prosecution of debtors had commenced, while the bank even had cases before some appellate courts.

“We are doing this to let the farmers know that the money must be paid back because the loan is a revolving fund and this is the only way to remain in business.

“Time has come to change the bad precedents and the misconception of seeing loan as `national cake’; even some of the beneficiaries of the just-disbursed CBN Anchor Borrowers Programme (ABP) loans are defaulting,’’ he said.

Adamu commended the Federal Government for its efforts to diversify the nation’s economy with a special focus on agriculture, through which the CBN facilitated an N250-billion intervention fund under ABP for BOA to disburse to beneficiaries.

Adamu said that BOA had placed a high premium on promoting food security by empowering farmers and participants in the value chain corridor.

“Therefore, if a farmer obtains a loan and refuses to pay back, how will the bank be able to give loans to others who intend to engage in agricultural projects to further drive the national economy?

“Bank of Agriculture, therefore, is pleading with farmers to ensure the sustainability of the programme in a manner that they will begin to see the loan as a revolving fund for others to benefit from it,’’ he said.

The managing director moaned that many farmers benefited from ABP loans but refused to pay back, citing farmers in Kebbi, where huge funds were disbursed, as an illustration.

“So many farmers benefited from the programme in Kebbi State and made huge profits but the loan recovery is so small, compared to the amount which was disbursed to farmers.’’ He said.

He said that BOA had restructured and strengthened its risk management group while training the officers in better lending procedures.

He said that the bank has also started monitoring the activities of beneficiary farmers, right from land clearing to crop growing, harvesting and loan repayment.

Group chides Obiano over statement against adoption of Atiku by Ohanaeze