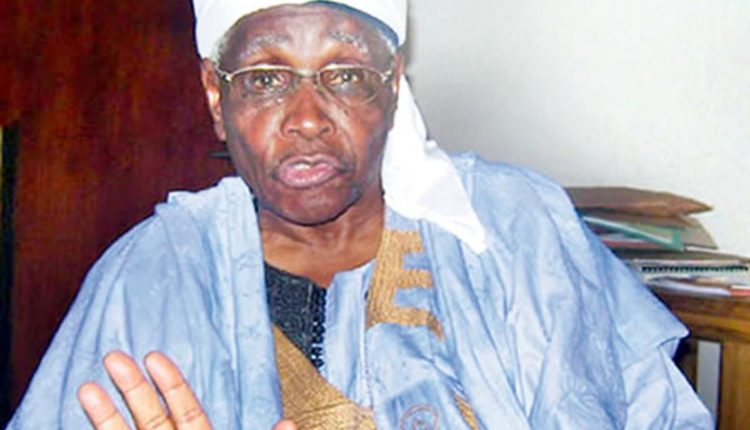 Share
Barely one month after the release of Sadiq Ango Abdullahi, son of the convener of the Northern Elders Forum (NEF), Professor Ango Abdullahi, bandits have abducted his daughter-in-law and four of her children.
The elder statesman confirmed this to newsmen in Zaria, Kaduna State,  on Wednesday, saying, “My daughter-in-law, Ramatu Samaila, was abducted by bandits including her four children.
According to the Northern Elder, “She is the wife of my son who is the village head of Yakawada,”
Findings by the Tribune Online revealed that the bandits invaded Yakawada village in Giwa Local Government Area of Kaduna on Tuesday night.
It was gathered that the bandits immediately stormed the residence of Alhaji Rilwanu Saidu, the village head.
It was also learnt that after the abduction of the village head, and his immediate family members, they also kidnapped some victims at the residence of the monarch’s neighbour.

Three people, who sustained injuries during the attack, were said to be receiving treatment at the Ahmadu Bello University Teaching Hospital at Shika, Zaria.

Reacting to the development, a resident who gave her name as Khadija Musa said the bandits killed one person on patrol during the attack.
According to her, for months, they have enjoyed relative peace but were quick to add that for two weeks now, bandits have returned to the communities to inflict serious injuries on the locals.
“They now kidnap at will and ransack our food stores as well as steal our cows,” she declared.
As of the time of filing this report, there was no response from the state government or police.
Share