Back pain, ageing experience to worry about — Expert 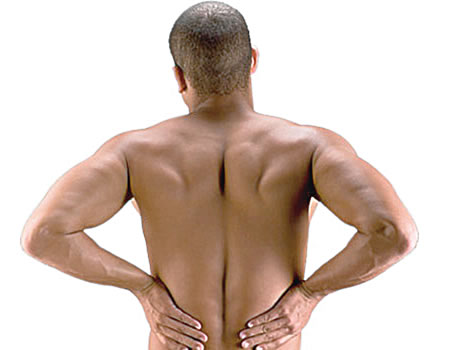 Contrary to people’s perception, a physiotherapist, Dr Michael Egwu has said back pain is not a harmless experience that accompanies ageing which need not be worried about or complained of.

Egwu, also the chairman, management committee of NPF, said patients who perceive back pain as harmless delay reporting for treatment until it progresses and produces symptoms beyond their understanding that then become their primary complaint at the hospital.

He said such patients with a worsening back pain experience variable combination of symptoms, including weakness of one side of the body, that eventually makes them seek medical care.

According to Dr Egwu, these variable combinations of symptoms are sometimes signs and symptoms of a condition present in one part of the body but now felt in other distant parts of the body.

The expert described back pain as a long recognised ailment challenging clinicians till date and is treated using chemotherapy, surgery and physiotherapy.

He, however, said that Nwugarian Techniques of Manipulative Therapy is effective in treating some cases of back pain and its associated ailments, reduce their suffering and increase their quality of life.

According to him, Nwugarian Techniques of Manipulative Therapy attempts to rectify inadequacies inherent in traditional physiotherapy techniques such as heat, massage and exercise to relieve back pain which is still widely practised.

“It expands the frontiers of signs and symptoms amenable to physiotherapy to include symptoms such as cervical headache, limb pain, weakness, urinary retention and dyspnoea.”