Latest NewsAviation
By Shola Adekola - Lagos On May 18, 2020 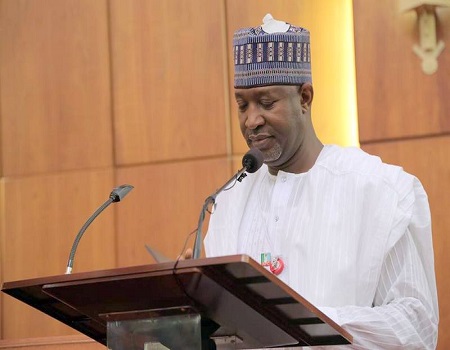 The recent relocation directives reeled out to the aviation agencies to move their headquarters to Abuja by the minister of aviation, Senator Hadi Sirika, has been described as inauspicious at a time the agencies had already been battered by the COVID-19 pandemic.

In a letter signed and addressed to the minister by the National Union of Air Transport Employees (NUATE) through the secretary, Comrade Ocheme Aba, NUATE said the timing of the relocation directive was unsuitable for any. Government to engage in the mass movement of people because of safety of lives.

“One would not expect the government to contravene its own laws and guidelines regarding the unnecessary movement of people, especially across states. Not to talk of subsisting closure of airports.

While going down the memory lane, the union recalled why the relocation idea mooted in 2012 was yet to be carried out till date saying: “it was because the cost implication was determined and found exceedingly prohibitive and there was no source of revenue that could accommodate such unforeseen expenditure hence such issue died. A natural death.

In most agencies, most staff are being owed transfer allowances for upward of 12 months. It. Is difficult to understand how an agency that has not been able to pay transfer allowance for a few staff can afford to relocate a whole headquarters comprising several offices and personnel without extra-budgetary support.

Most importantly, we find this time extremely inauspicious for such exercise. It is apparent that this period of COVID-19 is simply unsuitable to engage in the mass movement of people as this relocation exercise portends.

The union recalled how the former President Olusegun Obasanjo regime exempted both aviation and maritime sectors from the relocation order to prevent the dislocation of the connections between the agencies and their primary constituents that were and still are congregated around their operational bases in Lagos.

“This is the story behind the Ship House in Abuja which was built by the Nigerian Ports Authority (NPA) as its corporate headquarters but was released to the Nigerian Military after Obasanjo decided to allow NPA remain headquartered in Lagos.

“We are confident that if the huge financial implications to airlines and other end users of the services of these agencies who are established in Lagos is factored into the relocation order, then the cost would become too humongous to contemplate.

While agreeing that the motive behind the eight-year-old directive was to reduce costs of governance, the union accused the ministry of aviation for failing to carry the labour along saying:

“It is our belief and considered opinion that the relocation of the federal agencies in aviation can be better programmed to be more sensitive to the present health and economic conditions of the people and agencies concerned. Clearly, complying with this directive is fraught with economic land mines health hazards and undue risk.”