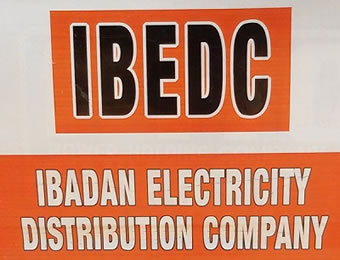 The action and attitude of certain individuals and organisations leave an impression on me that as long as their ilk are still around, the just and egalitarian Nigeria of our dream may remain unattainable.

My issue with them started in May this year when I complained to the company that my meter had a fault. The meter was eventually taken away by a staffer of the company from their Capital Building office on Saturday, May 13, 2019 with an assurance that it would be rectified and returned under two weeks.

Now for me to remain connected to the mains and enjoy electricity supply during the two weeks hiatus, I was asked to make a payment. I paid the sum of N3,000 which I felt was very fair to them, because the truth is, in one year, I spend the sum of N10,000  annually on electricity; the meter is prepaid. The records are there for them to verify.

But since then I have been calling the IBEDC guy (name withheld) to know the extent he has gone with the repair work on the meter. The best he has been able to tell me is that it would soon be ready. One week short of four months.

In between, another set of IBEDC staff visited my residence on August 20. I told them the situation on the ground but they insisted that in spite of that, I was still expected to be paying the sum of N5,000 into the coffers of the IBEDC every month while expecting the return of my meter. Against this background, I was given the bill of N17,000 to pay from May to that month (August). The bill, at the rate of N5,000 per month was N20,000 but the N3,000 I paid in May brought the balance to N17,000.

A quick reminder here: I spend N10,000 yearly on electricity consumption. If they are in doubt, they should go through my record to see if any form of circumvention is involved.

Eventually, electricity supply to my apartment was cut off on Wednesday, September 4, 2019. In the disconnection notice left for me, it was written: “Meter found removed, no prove [sic] of payment for energy consumption.”

My questions now are, who removed the meter, was I the one?; Must I suffer for the inefficiency that is the IBEDC which has not been able to fix a meter for four months by paying an unjustified humongous bill every month? So if it takes them two years to repair one meter, I should sheepishly accept to pay any amount they impose for their incompetence?

Interestingly, they are not even addressing the issue of the meter that was taken away by their staffer. I expect them, by now, to be asking, where is the meter? Who is the staffer that took it away? What is causing the delay? Why has it not been repaired?

Issues like this only make me to shudder for this country.