by Tribune Online
in Entertainment
Reading Time: 5 mins read
A A 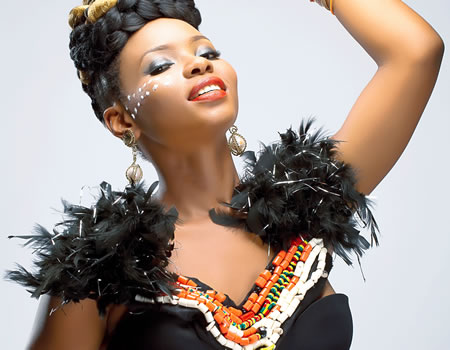 Top musicians, Tiwa Savage and Yemi Alade have increased their rivalry by unfollowing each other on instagram.

After Goldie died, one thought the episode united female artistes in the country, but recent events are apparently changing that.

Popular Nigerian Musicians Yemi Alade and Tiwa Savage have not exactly been friends. The two songstresses are in competition for the crown of Queen of the industry and they have recently gone public with their animosity for each other.

Recall that Yemi Alade publicly claimed to be on the same level with Davido and Wizkid, stating that there is no such thing as number one artiste in Nigeria.

She also passed up the chance to stand for Tiwa Savage, while on a radio show and the presenter talked down at her rival. The presenter, Misi, stated that Yemi Alade has a fine vocal range, while Tiwa Savage just shouts.

In reaction to the statement, Tiwa shared a video of herself singing. She also made suggestive posts that alluded to Misi begging from her. She also hinted that she has cut ties with the OAP and any other person who tries to involve her in “BS.”

The animosity between the two singers has now gravitated to the point that they unfollowed each other on Instagram.

GOVERNOR Ayodele Fayose of Ekiti State, on Tuesday, made his first public appearance since last Saturday’s governorship election amid cheers from Ado Ekiti public as he paid the Ewi of …READ MORE

FAAC deadlock will continue unless ―Governors

Simon Kolawole, the founder of Cable Online newspaper is usually a jovial and jolly good fellow. He is capable of making jokes out of the most serious issues. As Editor of THISDAY where I also edited the Sunday newspaper, Simon would walk into my office and say, «Alhaji, Alhaji, Alhaji, how many times have you been to…READ MORE

Gridlock in Kaduna, over 1,000 vehicles trapped as youths barricade road

THE Governing Council of University of Lagos, UNILAG, on Monday, said the university would likely involve the police to compel the accuser of Prof Olusegun Awonusi of the Department of English Language of the institution, Miss Joy Nwanna and the publisher of the Linda Ikeji blog, Ms Linda Ikeji, to appear before a…READ MORE

The Economic and Financial Crimes Commission (EFCC) has warned of an imminent arrest of the Ekiti State Governor Ayodele Fayose via a Twitter post it released on Sunday, over a failed poultry…READ MORE