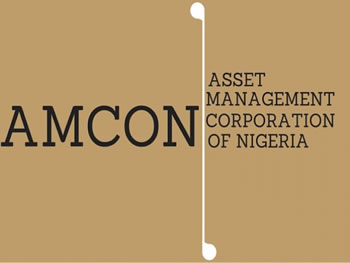 The asset company made the disclosure in a statement signed by its Spokesman, Mr Jude Nwauzor in Lagos.

The News Agency of Nigeria (NAN) reports that the airline was on Feb. 9 taken over by the Federal Government under the auspices of AMCON as a result of a whooping debt profile of over N300 billion.

AMCON had directed that the airline would now be managed by Capt. Roy Ilegbodu, a veretan aviation expert, under the receivership of Mr Oluseye Opasanya (SAN).

The statement noted that the situation was so bad that only nine aircraft out of the 30 in the fleet of the airlines were operational.

According to the statement, 21 of them have either been grounded, gone for C-check in Europe, among other forms of challenges.

“As if these problems are not enough, the airline does not have money to procure aviation fuel for the nine operational aircrafts because no dealer wants to sale aviation fuel to Arik if it is not on cash-and-carry basis.

“This also calls for public understanding because flight schedules may be realigned based on the nine aircrafts that are available, technically sound and ready for flight operation,” it said.

The statement said it was discovered that Arik also owe its technical partners and also in perpetual default in its lease payments and insurance premium, leading to regular and embarrassing squabbles with different business partners.

“All these problems in addition to huge staff salaries, which have remained unpaid for 11 months; vendors that supply different items to Arik Air that are also owed means that Nigerians may have to tarry-a-while to allow the new management clean up the huge mess at the airline before Arik would finally resume uninterrupted flight,’’ It said.

The statement quoted Ilegbodu as reassuring Nigerians that these issues; though daunting, would be gradually resolved to enable Arik Air, which carries about 55 per cent of the load in the country recover the 21 aircraft.

According to him, once all the aircrafts are back to the fleet, Arik Air will within the shortest possible time regain its pride of place as a leader among the comity of airlines in Nigeria.

He reiterated the fact that the intervention at Arik Air clearly underscores government’s decision to instill sanity in the nation’s aviation sector, adding that the move also prevented a major disaster that would have befallen the airline.

It said that the new management had settled the insurance cover for the aircraft which would have expired on Feb.12 and also met with different trade creditors as well as aggrieved staffers.

It, therefore, called for public understanding as the management begins the tough job of ensuring that Arik is returned to full operational capacity within the shortest possible timeframe.