Aregbesola renews call for use of mother tongue in schools 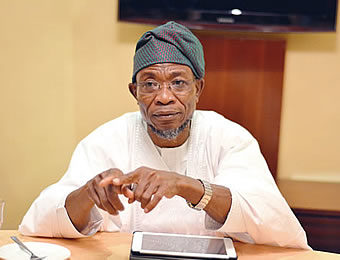 THE need for Africa and Africans to rediscover themselves, look inwards and adopt home-grown solutions to their problems was central to the various interventions by speakers at the opening of the 2016 Toyin Falola International Conference (TOFAC) on Africa and African Diaspora, hosted by the Redeemer’s University, Ede, Osun State.

In his address at the event on Monday, entitled ‘Africa Must Look inwards’, Governor Rauf Aregbesola of Osun State said it was regrettable that Africa “is more a mystery to Africans than non-Africans.

“Continental Africans,” he said, “are hardly conscious of their ‘Africanness, and therefore take their identity as Africans for granted.”

Indeed, he noted, “it is this ignorance of ourselves that fuels the discrimination and negativity” that Africans consistently suffer on the world stage.

He commended as apt the choice of the theme of the conference, ‘Africanity’, which he said is about the distinct African identity and Africa’s contribution to humanity in the face of increasing marginalization of the continent in global events.

Aregbesola recalled, with pains, that Africa, some centuries ago, was at par with the best Europe had to offer in science and metallurgy; yet today, not only has the continent regressed; it gleefully consumes what others produce.

But the continent can retrace its steps, he said.

More than anything else, the governor emphasised the need to reconsider the language of instruction in Nigerian schools. Nigerian children are not being taught in their mother tongues, “and it’s destroying them,” he said.

Nigeria, he said, should borrow a leaf from the Japanese and the Chinese, who teach in their native languages and are making phenomenal progress in science and technology.

TOFAC is an annual conference in honour of renowned Nigerian historian and professor of African Studies, Professor Toyin Omoyeni Falola, who is currently the Jacob and Frances Sanger Mossiker Chair in the Humanities at the University of Texas at Austin, United States of America.

According to him, the objective of TOFAC is being fulfilled, “which is to elevate the profile of the university where we host it.”

Four individuals were honoured with awards at the event for their outstanding contribution to Africa and Africanity.

These are Professors Akinjide Osuntokun, who was given the Nelson Mandela Award; Jide Owoeye, who got the Kwame Nkrumah Award for Service to Africanity; Oluyemisi Obilade, who got the Thabo Mbeki Award for Leadership, and the keynote speaker, Nimi Wariboko, who got the Alli Mazrui Award.