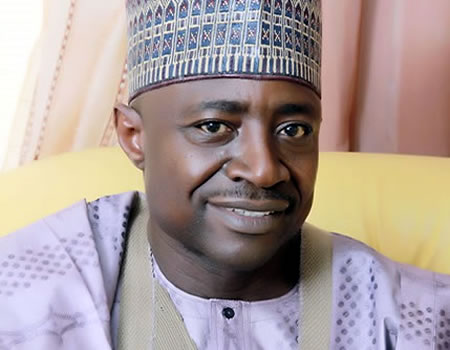 Reactions and commendations have continued to trail the re-appointment of Professor Mohammned Sani Haruna as the Chief Executive of National Agency for Science and Engineering Infrastructure (NASENI).

This is just as a civil society group, under the auspices of Good Governance Initiative (GGI), has described the development as a right step in the right direction.

Report had it that Buhari had on Tuesday announced the re-appointment Prof Haruna after a successful completion of his first tenure of leading the agency.

It therefore enjoined the NASENI boss not no dash the hopes of Nigerians and the president but justify the confidence reposed on him by His Excellency.

Dr. Ifure Ifure, Executive Director of the group in a statement charged the agency’s boss to use his re-appointment as a challenge to surpass even his own records and set new benchmarks for engineering innovation in Nigeria.

Ifure said, “Professor Haruna re-appointment did not come as a surprise considering the impacts he made atNASENI during his first tenure. These impacts did not end with the organization but went a whole length to project Nigeria’s growing stature as an innovation hub.

“We recognize his contributions to empowering Nigerian youths through creation of enabling environment for them to thrive and measure up to their counterparts in other parts of the world.

“The only challenge we see before him is that he has done so much in his first outing that he will need to pull all the stops to justify the confidence Mr. President and the entire populace have in his ability to deliver.

“GGI commends President Buhari for scoring another plus with the re-appointment of Professor Haruna. This singular act makes Mr. President deserving of accolades for rewarding merit and hard work over and above other considerations that were once the benchmark in the country, especially at a time when political expediency would have dictated otherwise.

“We charge Professor Haruna to see his re-appointment as a challenge to surpass even his own records and set new benchmarks for engineering innovation in Nigeria because his constituency now transcends the country to encompass the entire African continent, which is in need of homegrown solutions to peculiar challenges.

“The antecedents of the NASENI boss give us the confidence that he would leverage on his wealth of experience to move Nigeria to the next level where engineering is concerned because the second term offers the opportunity to consolidate on the ground-breaking projects he had initiated during his first stint at NASENI.”

Lalong: A political talisman to behold