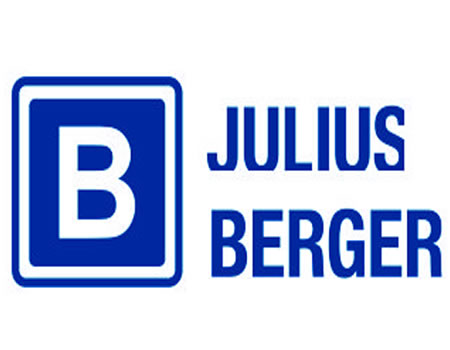 The Court of Appeal sitting in Owerri has awarded the cost of N30 million against Julius Berger Nig. Plc and the Nigeria Police while upholding the judgment delivered by the Imo State High Court against the duo for what the court declared as illegally declaring wanted, a Lagos based human right crusader, Mr Emeka Ozoani.

Dissatisfied with the judgment, Julius Berger Nig. Plc and the Nigeria Police proceeded to the Court of Appeal challenging the judgment that absolved the lawyer but in its judgment, the Appeal Court panel of judges, Rapheal Chikwe Agbo, Ayobode and O.Lokulo-Sodipe, led by Rita Nosakhare Pemu upheld the high court judgment.

Justice Rita Pemu while delivering the lead judgment said, “it is no gainsaying that the economic downturn is endemic and keeps going down. The 5th respondents/cross-appellant is a legal practitioner. A respected one at that! In the course of carrying out his legitimate duties, he is pounced on with levity. His body and soul are bruised and his emotions toyed with. This is despicable; it’s against public policy for those who are supposed to enforce the rule of law, to collude with big multinational companies to oppress the people.

“The time has come in this country to cry aloud against these nefarious activities. The average man on the street should be able to walk the streets without fear of being molested by powers that be. The issue of the award of damages is discretionary and I am tempted not to interfere with the amount of damages awarded the 5th respondent /cross-appellant.

“But with respect, N25 million is a far away from the amount claimed by the respondent/cross-appellant. I would award the sum of N30 million because of the dire economic situation right now. It was bad enough in the year 2013 when judgment was delivered in this matter. It is even worse today economically.

“In the circumstances, I hereby award the sum of N30 million to the respondent instead of N25million awarded by the court below. The cross-appeal succeeds in part and I so order N100, 000.00 cost in his favour.”

The court of appeal held that the appeal filed by Julius Berger lacks merit and dismissed it in its entirety. “Where there is suspicion, it must be reasonable. It is the duty of Police to investigate crimes but not to be used as a tool of oppression by unscrupulous litigants in pursuit of their mischief.

Prior to the suit, the police had arrested, manhandled and assaulted the lawyer in the court premises over an allegation of forgery in the case HOW/581/2007 Mrs Philoma Ugo V. Julius Berger (Nigeria) Plc where he appeared as counsel. The court had ruled that police in the administration of justice are to prevent crime, investigate the allegation of crime and enforce laws and regulation but went beyond the scope of their duties by falsely and wrongly arresting and battering a person, then becoming culpable of criminal acts.

FG to launch national campaign to rally support for military

Appeal Court sets aside deregistration of political parties by INEC