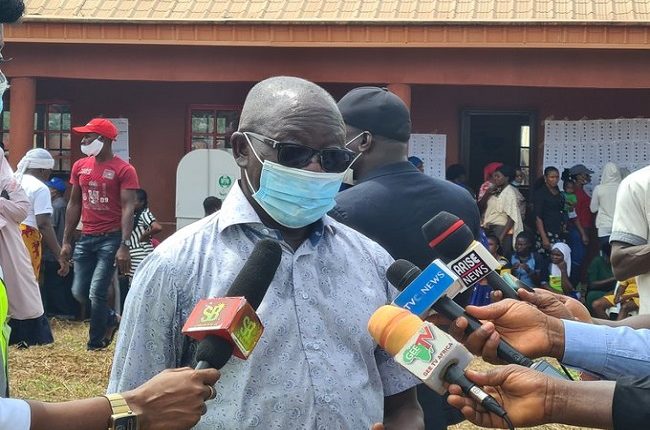 THE All Progressives Congress (APC) is set to return to the trenches despite the appeal by President Muhammadu Buhari to aggrieved chieftains to bury their differences and work with the interim national committee.

His claim to the office alongside former deputy national secretary, Victor Giadom, led to last June’s dissolution of the APC National Working Committee by the party’s National Executive Committee at an emergency meeting held at the Presidential Villa, Abuja.

Etagboeta, who is the plaintiff in the suit filed by his counsel, Chief Onyechi Ikpeazu (SAN), is seeking an order of the court setting aside and nullifying the appointment and constitution of the APC caretaker committee by its NEC.

Defendants in the suit are the committee’s chairman, Malam Buni and his secretary, Senator John Akpan Udoedehe as first and second defendants.

Others are the Osun State governor, Isiaka Oyetola; his Niger State counterpart, Sani Bello and Stella Oketete as third, fourth and fifth defendants, respectively. The suit has the Independent National Electoral Commission (INEC) as sixth defendant.

“An order of perpetual injunction restraining the 6th defendant from recognising and/or continuing to recognise the 1st to 5th defendants as National Chairman, National Secretary or members, respectively, of the Caretaker/Extraordinary Convention Planning Committee of the All Progressives Congress (APC).”

He insisted on having sex with me 7 times to heal our child, used our 3 months old pregnancy for ritual —Wife