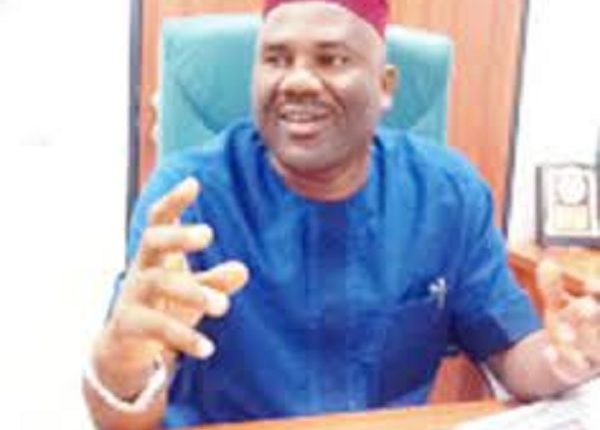 A chieftain of the All Progressives Congress (APC), also a former House of Representatives member; Hon. Victor Afam Ogene has called on the Igbos to wholly accept the ruling party now, or risk losing out its expected positions in the nation’s presidency in 2023.

Hon Ogene in a statement he signed and made available to journalists, on Monday, September 20, 2021, in Abuja, the APC ruling party chieftain said the forthcoming November 6, 2021, Anambra governorship election, is an ample opportunity for the southeastern people to embrace the party in order to take its rightful place in the national consensus currently being forged.

“Already, there appears to be a growing national consciousness, that the ruling APC should be supported, once again, to not only complete the myriad infrastructural developments it has embarked upon, but also lead the charge in forging national unity and healing.

“This message appears to resonate across the polity, leading to the gale of defections into the APC – with serving and former governors, past and present members of the National Assembly, and eminent stakeholders, all catching the APC bug.

“Indeed, with several landmark projects, including the iconic second Niger bridge, the Onitsha – Enugu, Arochukwu – Ohafia – Bende and Enugu – Port Harcourt expressways, completion of the Dr Nnamdi Azikiwe mausoleum, construction of a brand new runway at the Enugu International Airport, the Ariaria Market Electrification project, Onitsha Inland Port project, payment of pension arrears owed ex-Biafran soldiers since their presidential pardon in 2000 and impact of NIRSAL and other loans which promote business, the APC, without a doubt, ought to be a destination of choice for Ndigbo,” he said.

Describing the recent appointment of Senator Ifeanyi Ararume as chairman of the new Board of the Nigerian National Petroleum Corporation, NNPC, and Senator Margery Chuba-Okadigbo as member representing the Southeast on the same Board, Hon Ogene urged Ndigbo to take the appointments as an extension of fresh hands of fellowship by the President Muhammadu Buhari administration to the region.

“With many more of such appointments in the offing, the Southeast must seize the moment and play a defining role in the politics of the 2023 presidential election.

“In fact, since it is common knowledge that the rival People’s Democratic Party, PDP would most likely look towards the North for its presidential candidate, the right politicking for Ndigbo would be to support the APC win Anambra and therefrom make a determined bid to produce the party’s standard-bearer for 2023,” Hon Ogene stated.